After some much needed sleep, I was ready for day 2.

As I had all the bait I needed, I was able to head straight to the river.  I planned to get there for sunrise, still unsure which section to fish, I pointed the car south and headed to the Swale. 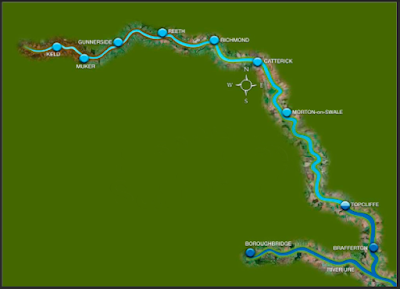 The car was telling me that it was 12 degrees, quite a difference from yesterday, it must be because I have my big coat today! I parked the car and got ready. The river was still very low so I walked to a deep, fast corner. This wasn't where I had thought about fishing but I would give it an hour. 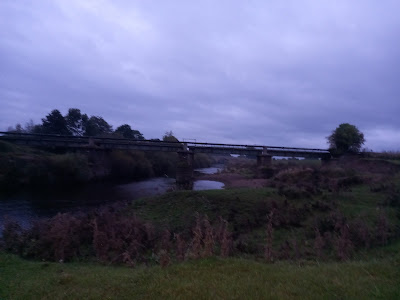 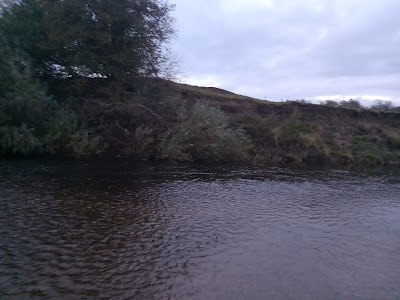 I had bought some new floats a while ago when I was in the tackle shop buy not really paying attention. I wanted some bolo floats but I think I bought pole floats. They looked the same, so I set up a pole float as a bolo and fished on. A few casts and feeding and the pole float was going through perfect. No fish though, so I decided to make a move.

I walked to the swim I fancied, but it didn't look right. I decided on a spot 50 yards up stream. It looked perfect. Another angler came across the field. I have seen him lots this summer fishing the aquarium swim. He was also after the swim I had plonked my gear in. I offered him the swim downstream, he checked it out but went off somewhere else.

I sat down, set up and started fishing. This felt much better. Third trot down the pole float buried. A lady doing a dance on a pole, now there's a thought! A Grayling for those that don't get me.... 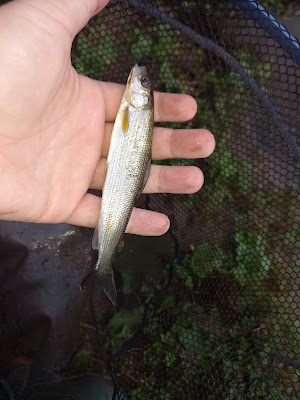 A few more trots and a few more Grayling. They were really going for it. I missed a few bites but the fish kept on coming. Soon a larger one graced my net. 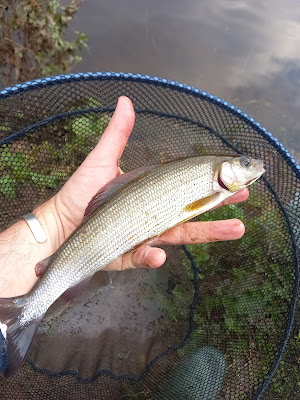 The feeding was going well. I had some faster water against far bank bushes and some deeper water too. I was hoping for a Chub on the float but the ladies were keeping me company. Next bite I hit, the float stayed low. The fish along the bottom. I was sure this was a Chub. Then I saw it. A huge Grayling. I carefully played it to the net. At 1lb 10oz it was a new pb and a lovely fish. I was over the moon! 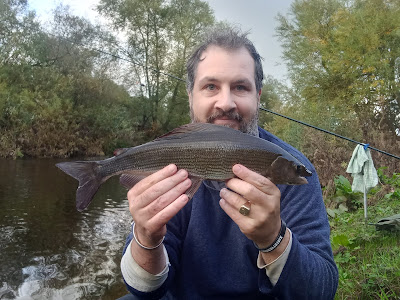 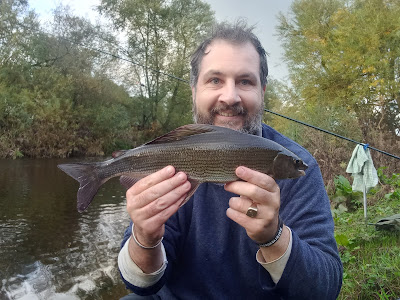 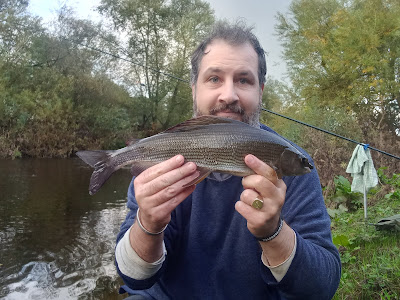 It was so quick, I hadn't even put my cap on! 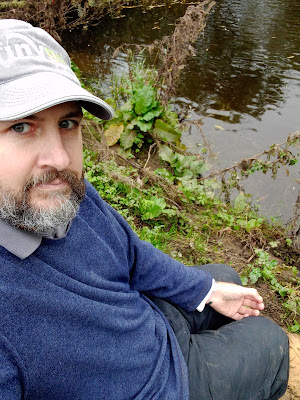 I tried worm and meat on the hook but no Chub. I carried on feeding in the hope they would turn up. What did turn up was swans and Minnows! I caught maybe 20 Grayling and 20 Minnows today (no swans) but after the pb and unlike yesterday, I was OK with that! 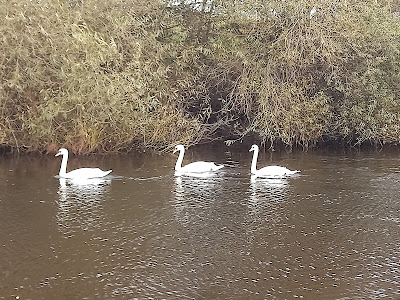 As I got near to the end of the maggots I thought I would go and ledger some meat in a swim near the car. Rain had been forecast all day and it hadn't come yet, so I was expecting it. As I walked to the car, I saw four or five Chub in shallow water by a Bush. I offered them some meat and crept closer to watch. Of course they disappeared into the depths. If you can see them..... you know the rest! 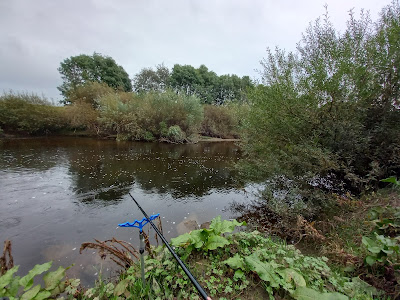 I got to the swim and set up a quick ledger rig. I cast next to a Bush and had my lunch. I hoped the Chub were hungrytoo.  The scenery was great and even a static rod didn't annoy me. 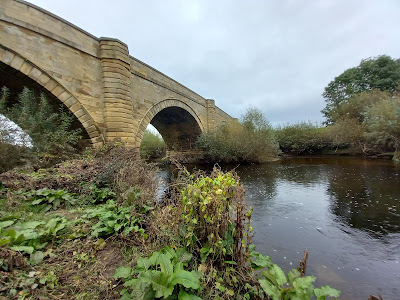 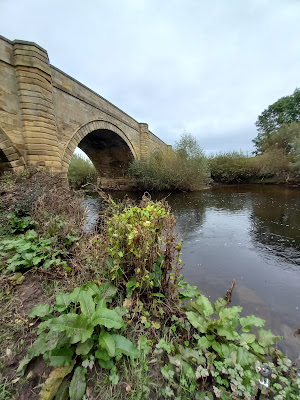 With no bait left and whilst I was still dry, I decided to head home. I had eaten my lunch, caught a pb and it was still not quite noon! 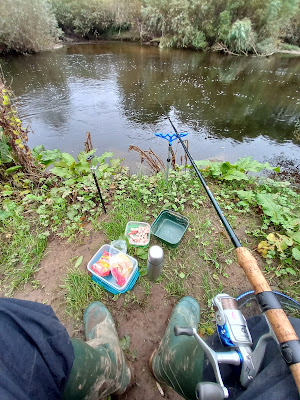 I like to take my pics, but there is something nice about moving pictures. Of course, especially when looking at the ladies....