Let minnow if that cow is looking at Me!

Today's trip was at Morton, to fish the Swale. We were hoping for chub on the float but as always we were happy just to be out!
I arrived first as Ellis had been at the rugby last night. I decided to fish the same area as last time, so I set up and headed towards the swim. 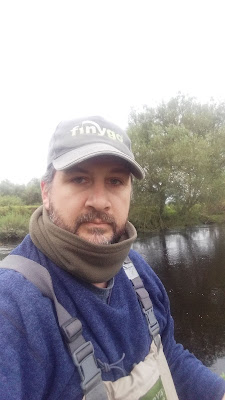 Since my run in with the cows a few years ago, I am always nervous around them. They are large, skitty and not very bright! No comment!! 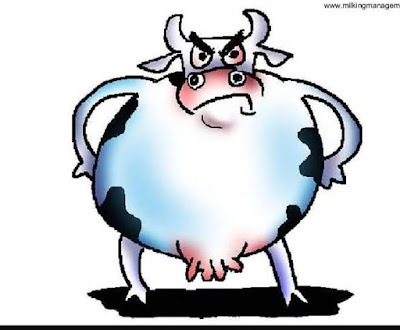 There was a large herd of them in the trees in the swim I wanted to fish, so I went to find another. I had some good advice as usual about potential swims, so I had a few options. I settled in a swim and fished. The flow was going left and right, I really didn't know how to fish it, so I moved.

I found another swim. I settled in this swim and fished. The flow was going in circles here, I really didn't know how to fish it, so I moved.

I crossed the field and was wary of the cows again. Am sure they were looking at me! I edged towards where I wanted to go. I am not to proud to admit, I was scared. I pretended I was not looking at them, and moved to a swim close to where I wanted to be.
Happy in this new swim, I settled in and fished. I soon started catching silver's, small dace and chub. It was not a blank. Then the minnows came along. Every cast I was catching a small minnow, as fun as it is (once) it soon is annoying as they are stopping the bait getting to the big chub that I know are there (in my dreams).
Suddenly I struck and it was not a little minnow, it was something a little bigger. A nice Grayling was the first fish to grace the new landing net!! 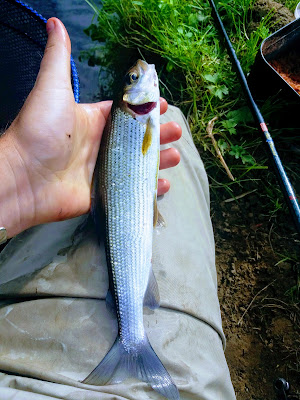 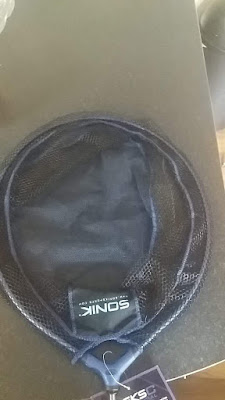 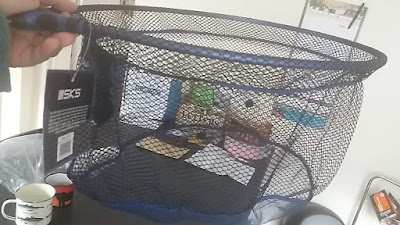 The new net comes with a "jumping fish safety feature". This Grayling was caught perfectly in the net after its little jump! 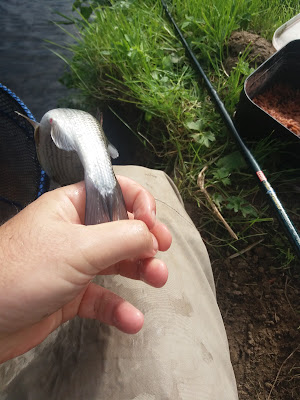 A few small dace, chub and two more grayling interrupted the millions of minnows, but I was catching at least. 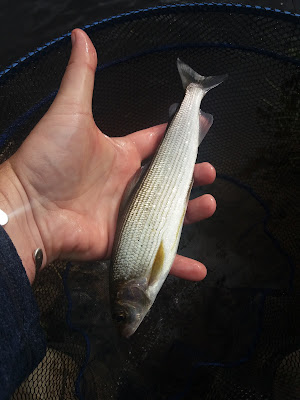 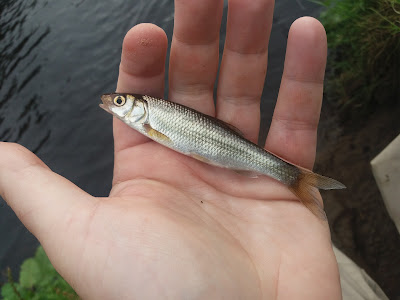 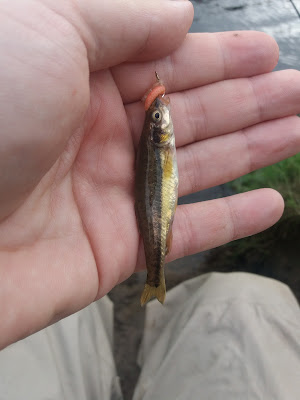 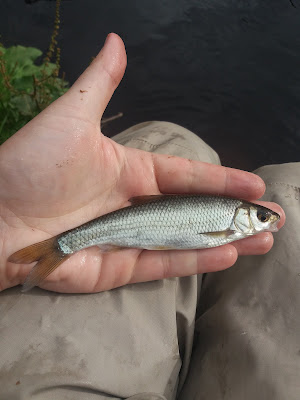 Ellis then arrived and settled in the swim next to me. He soon started catching chub and managed some larger ones,  these two being the pick of the bunch, before I cursed him with the minnows! 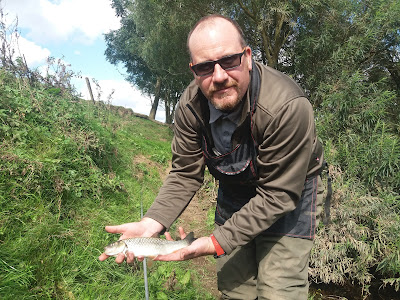 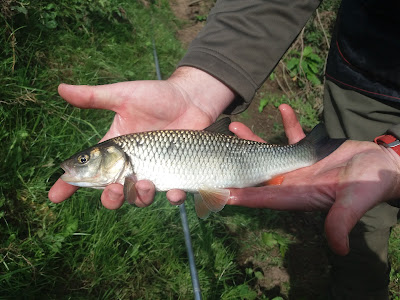 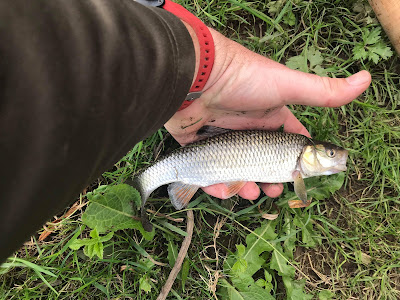 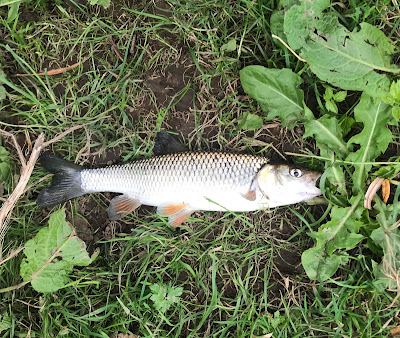 I suddenly saw the bush on the far bank moving, like a tornado was grabbing it. Line, floats and lures all spinning in the vortex. I must be dreaming, I thought, and fished on. After a couple more trots, it was time for a move. With safety in numbers, it was now the two of us warily walking around these huge beasts.
As we walked, Ellis told me a story how he cast his float into the bush, then a spinner to retrieve the float, then another spinner to retrieve the float and the first spinner!  It reminded him of the woman that swallowed a fly!! I have to agree with you there mate, at least the laughter took our minds off the cows!!

We fished a few swims on the way to the bridge, but we both didn't feel "fishy" in any of them. We were really just having a walk about with kit! It's useful to do this and see other swims. There is a whole section of water that Ellis has never seen and I haven't been to it in a few years. We needed to check it out!!

In short we fished about 4 or 5 swims, walked a couple of miles and caught nothing!!
The wind had picked up and the swims we wanted to fish were just not possible. The wind was so strong across us, creating a large bow in the line. As we walked, I realised that I didn't actually fish the swim I was going to, that will have to wait for another trip.

The walk was good though, we were able to see potential swims and more importantly there were no cows in those fields!!