All week I was planning a trip to a pond in North Yorkshire. Tackle was ready, I just needed to buy some maggots on Thursday after work. Cue Aidan messaging me Thursday early afternoon saying he was up for going to Lonsdale Park. I had fished it before and it's a tough but rewarding water. There is many species to go for including Pike and Carp, so I was more than happy to switch and head there.

I changed my tackle box and sorted pike gear and the hybrid feeder gear that worked well last week. Bait wise, I took the lot!!

Arriving early, I loaded the on site trolley and headed to one of the lakes. 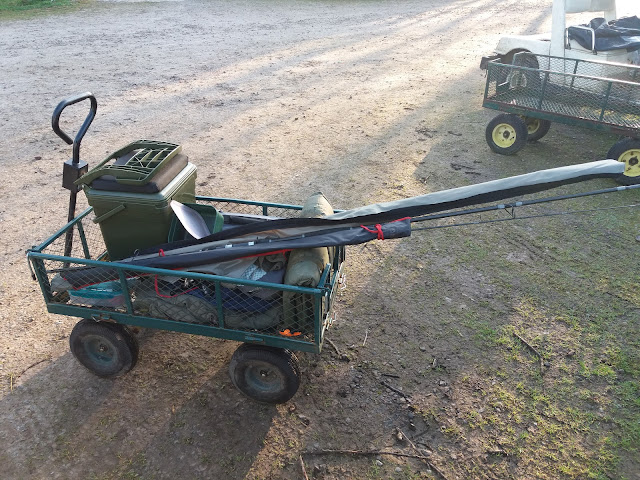 Trying both set ups, no fish were coming to say hi. I soon upped sticks and headed to a different lake. I soon saw carp under the surface, so set up in a likely looking corner. Aidan soon arrived from work, and we were soon all set up, cast to perfect looking spots and fishing!!

Alot of chat passed and soon it was early afternoon. The carp were crashing all around us, but none were on the feed. A highlight was watching a frog swim across the lake on the surface, both of us watching to see if Savage Gear base their new lures on any scientific evidence!
We decided to move again. Third time lucky for me!? 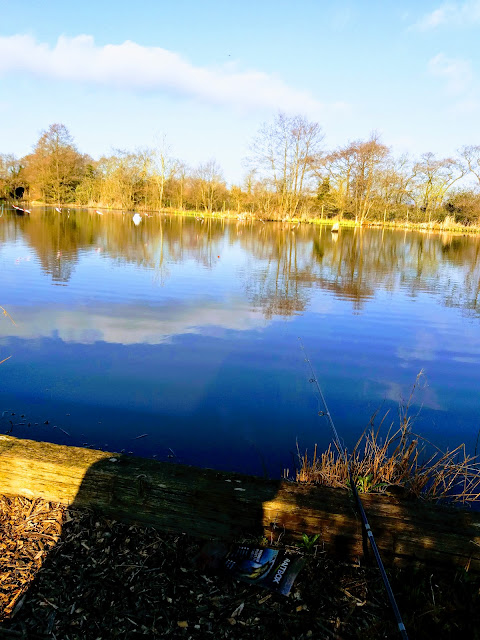 Finding a great spot on the main lake, where we could cast to large sections of the lake, I decided to cast it 2 metres along the bank about 40cm from the bank!! But I kept feeding this area, so maybe, just maybe!
Aidan cast his pike rods close to areas he had caught double figure pike recently. It was all looking good.

After a few hours of nothing, I started getting bites. Knocks, then proper bites. Striking into one with the baitrunner still on was not a great plan as I nearly flew backwards into the lake. I carried on the feeding and soon there were constant bites. Aidan suggested switching pellets to corn, being softer and easier to strike out. He suggested Roach were the culprits.

Changing to corn brought immediate action. Bites, and proper bites. I was trying to hit these lightening quick bites and eventually got one right. A fish was on! We thought it was a chub, as a large silver fish splashed in front. We quickly realised it was a nice sized Roach, Aidan was right. Neither of us having an idea on weights of Roach, we weighed it. Settling on 10oz it was a good sized fish and looked bigger! I soon realised it was a Roach PB for me and I was buzzing! 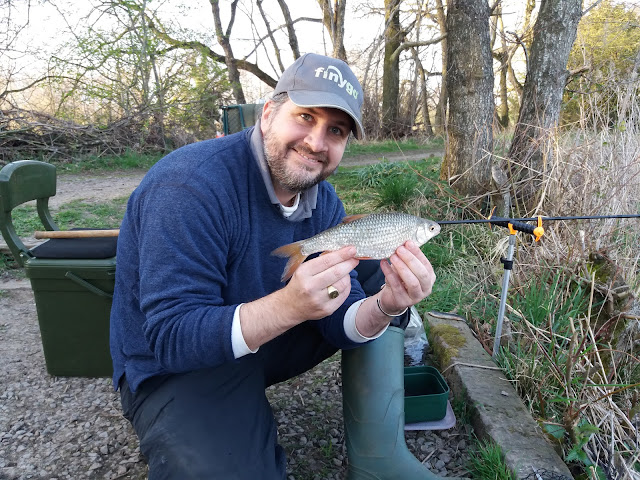 Continuing with the feed, the swim was soon buzzing. Constant bites and action. I should have switched to a float to catch more, but I liked the ledger as it was frantic action. No more fish were caught but it was great fun. As the bites continued, it was clear carp were down there now, as we saw larger swirls and bow waves.
As we planned a new approach, bleep!!!!!
Aidan's alarm sounded. He wound down and struck. Fish on. Fish off!! As soon as he felt it, it dropped the bait and was off. We were now ready for all eventualities!

As the evening drew on, fish topped everywhere. The lake came alive. Aidan commenting on the "evening rise" as fish showed themselves.

The Roach bites continued, but I missed them all. Suddenly a large swirl around my corn, and a large Pike was coming in to see my Roach!! It's tail waving as it swam right through the swim.
Soon we both had pike baits in the Roach swim!!! Priorities! 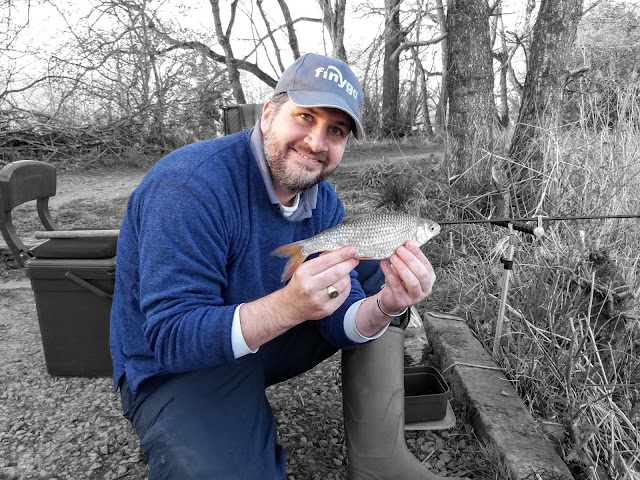