With storms approaching, I wanted to still go out fishing if possible. There was a  match on at Morton, so I decided on the Tees. Reviewing the match results, it was not fishing well. I decided to go back to where Ellis and I fished last time, I would alternate between fishing for Pike and "whatever comes along" on maggot feeder.

Setting up the pike gear, I quickly cast out to where I lost the pike last time. No guarantees, but seemed sensible.  Lamprey on the hook, I was confident of a fish. I was prepared in the water and on the bank. I just had to wait. 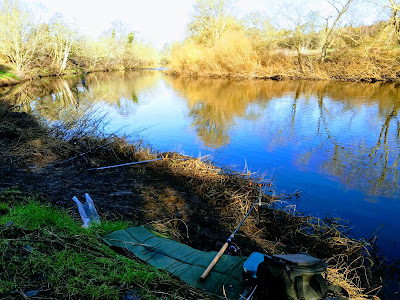 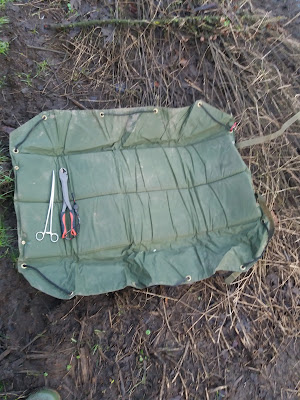 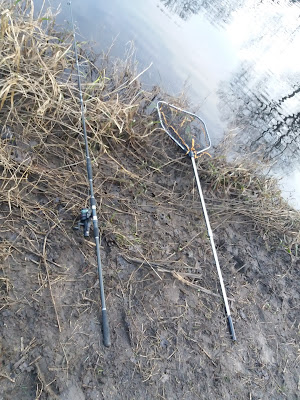 To not bore you with the 8 hours of detail on the pike front, there was none. So let's end that here!!

To keep me awake, I alternated with another rod. This I set up to be either cheese paste  with a maggot feeder or dead maggots on the hook. I used a long hook link for maggots, but a short one with the cheese paste.  For no other reason other than I am using some ready made hook links at the moment, to see which I prefer for the summer.

The cheese paste was my previous Borsin batch, and was moulded around a small cork ball. These hook links were new to me, they had a stop already attached to the hair and simply this was pushed through the cork.  They worked really well and I will definitely use these in the future for pellets and the like. 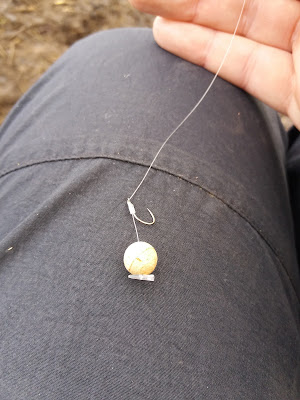 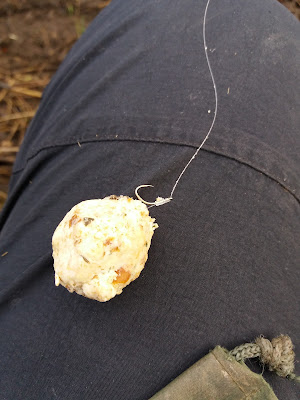 The approach worked. I was able to cast to the edge of the flow and the feeder held perfectly. Unfortunately, nothing happened. It was a while before the tip rattled and I struck. No fish though and although slow, this action got me interested.

I changed the approach  and cast further over the river, allowing the feeder to settle. This proved better and I was getting interest. The rod tapped and I connected with a fish. As quick as it arrived, it came off.
I was soon fully concentrating on the feeder and was casting regularly to the same spot. The tip remained still however, and the only action was snags which resulted in lost feeders and gear. 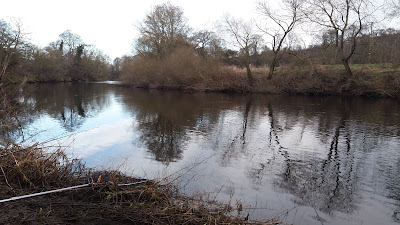 It was a tough day with not much luck, silver linings and all that though.... I now need to go to the tackle shop and buy some new feeders!! 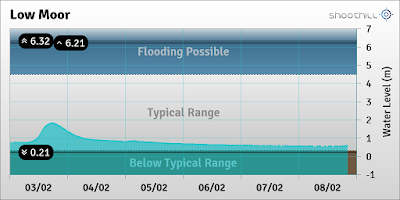