My first “winter pike” session was sat 1st October. I arrived at the water at 6.20am in the pitch black, as the sun just started to rise. The water was steaming as the mist cleared and plenty of fish were topping, I assumed being chased by pike. I had been informed that this particular water was best fished early morning, so here I was, ready. 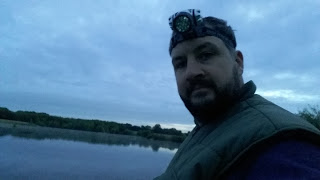 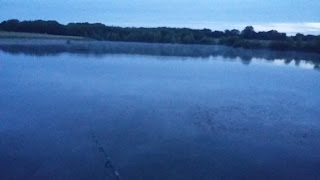 The water was very weedy, so I had beefy tackle. Heavy 40 lb plus braid, wire trace, two trebles and a large section of lamprey. I cast it in the perfect spot and waited. 20 mins past with no interest, so I decided to re position the float. As I wound in, I realised I was snagged on the weeds, this had happened on previous trips and I always pulled the gear free. As I pulled gently, I felt a grating and then the line broke, I must have been rubbing on an underwater obstacle because I had not pulled that hard. Immediately I felt awful, a baited trace is a dead pike, rattled around my head. Just then my Float popped up to the surface, now I had a target. I quickly tied on a paddle toad lure and began to cast at the float. I caught it several times and pulled it closer and then it would fall back in the water and go further out. 30 mins had past and I continued to cast at the float. Eventually I caught it with the hook and I had a firm hold.I started to pull the tackle in. Just then it went rigid and started to move. A fish had grabbed the lamprey and was swimming off. I was now playing a pike on a line that I had hooked by the float on a lure attached to a different line!! The pike swam away and I managed to hold on, loosening the drag so I could play it lightly as the light hook hold on the float began to slip. I played it for about 10 mins then the hook slipped off the float and I watched it sail away. Again I was devastated, not for the loss to me, but to the pike. Then my float bobbed back to the surface about twice the distance out. I had to recover the trace! 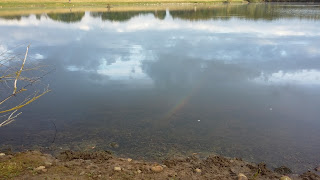 I was now stood right on the water’s edge, slowly slipping into the water as I cast repeatedly at the float. Again I managed to hook it and slowly pull it towards me. Minutes ticked away. I was able to walk up the bank and grab the float by hand to hand line the pike. Sadly and gladly the pike had let go of the trace and was no longer hooked. I managed to pull in the braid, the float, the trace still with the lamprey attached. By now a couple of hours had passed and I had missed the optimum feeding time. I bundled the line into my bag and sat down for a coffee. I thought about missing the chance to catch a pike and the fact that I had potentially saved a pike form dying at the hands of my lost trace. I was happy. I felt I had made the right decision and we both had won. 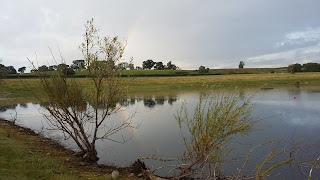 I continued to fish for an hour, with no further interest. I packed up and drove home. Glad that the pike lived to face another day, I will be back next week.
Posted by Adam C at 10:45:00 No comments: