Perfect Perch aplenty, but the Pike were taking the Pish


The significance of the time fished is that this is the latest I have fished on a club river stretch. I normally opt for a dawn raid and then am home before the night time equivalent. This time was different, I had worked till 3pm, jumped in the car and hot footed it down to the Tees. Arriving in an hour, there was still a good chunk of the longest day of the year left for me to wet a line. I had decided to target Perch on small soft plastic lures and then Chub on hard crankbaits and/or ledgered bait into dark if I could brave it! 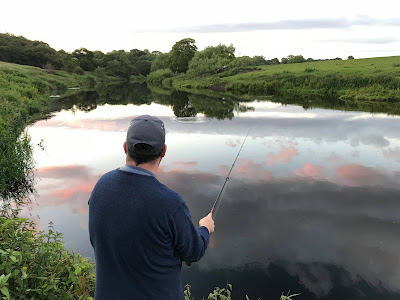 At the last minute Dave decided to join me, brining only a few large lures to see if he could tempt any of the resident Pike. Settling into a few swims was hard work, the bankside vegetation was akin to the jungles of Borneo! with many places not accessible. I managed to get into a nice open swim with some tree features on the far bank.


The river was a little low, quite clear and full of weed, this was constantly coming down the river and collecting on my ledger line, causing Dave to keep telling me I had a bite. Most of the time, I believed him, struck and ended up just dragging in a small island of weed!


We continued up river, creating swims where we could and having a few casts. We ended up in separate swims. It was not long before I heard the splashing's of a hooked fish. A quick call to Dave to find him, as I could not see any parting of the vegetation, told me he had a nice Jack Pike in the net. At about 3lb and in addition to a few he had already caught since June16th, it was another perfectly formed predator to kick start Dave's season. 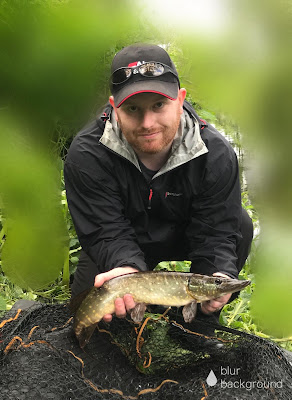 As we continued upstream, we watched the patches of weed hoping to see fish dart between them, always looking, seeing shapes that had to be fish, or glints of light moving. It was lovely being on the river at this time of day.


We returned downstream, coming back to my first swim, where I cast to the trees with pellets on the hook. The weed continued to come down and I was constantly having to remove it, this was not as welcome as the picturesque scenes previously described!


Walking back to a clearing, I decided the ledger tactics were probably not right today and I would start to mark my account with Perch. Small lures were dispatched to likely looking areas and some little perch were my reward. 3 in total, all greedy and all welcome! 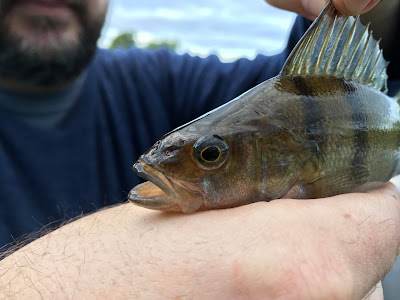 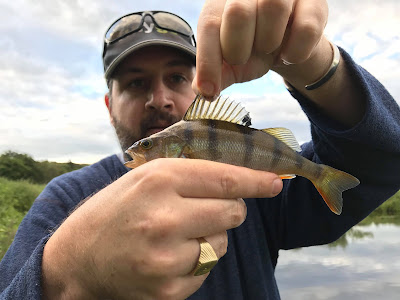 What happened next can only be described as Pike pandemonium. We sat and watched as Pike repeatedly chased, crashed and corralled fish on the far bank. Splashing in the water as tiny fish jumped out and tried to flee. We witnessed many attempts from maybe many Pike and it got us excited. We tried everything with lures to tempt these Pike, to no avail. I swear at one point Dave actually cast the kitchen sink at those toothy critters!


All our attempts were met with big pockets of weed and 2 fishy finned salutes. In the end we had to admit defeat and sat in awe as the Pike continued their onslaught of the bait fish.


As the mist started to drift off the bank and over the water, it was time to go home after what was a long day. Now, fully in amazement of the evenings entertainment that the river put on for us, we vowed to come back and see if we could witness this again. Next time we hope for a different predatory ending though. 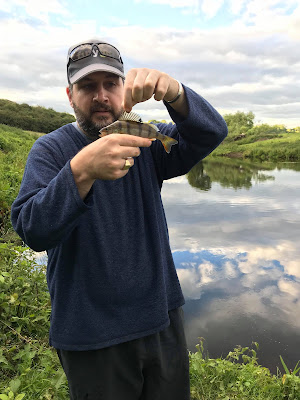 Blogging, back to basics

I have not been fishing in a while, but that does not stop the little grey cells thinking about all things fishing.

I was thinking about how I used to record my trips. Long before this blog, as a child I was never very organised, and no mobiles so it was old school cameras if any.
Needless to say, I do not have many photos of times at Greenfields, Boulters lock or the Upper Benyons!

When I moved North, started a family and had a camera in my pocket 24 hours a day, things changed. My son was always keen to "know how I got on" after a trip, so I started to keep pics of the scenery or fish caught on my phone for him.

After many pairs of socks and smellies given at birthdays and the like, soon I was un wrapping a photo album given from both my kids. 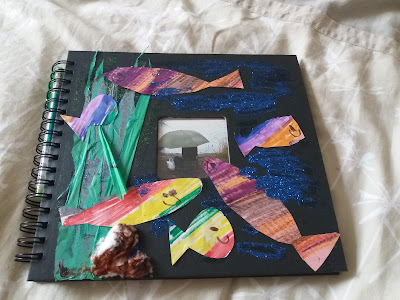 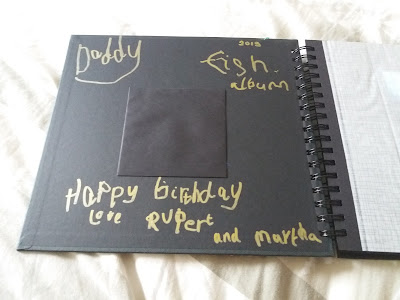 I was hooked! I would take pics, get them printed at Tesco and stick them in with comments that would make me smile as I wrote them. The kids were then able to look through it later and we had a record. I was as happy writing my "blog" as catching the fish, especially as back then I did not record the blanks!! 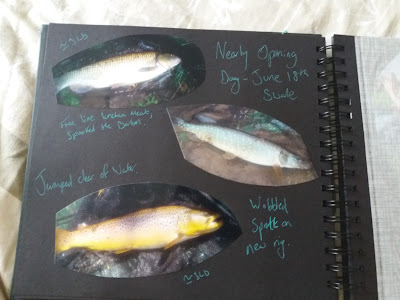 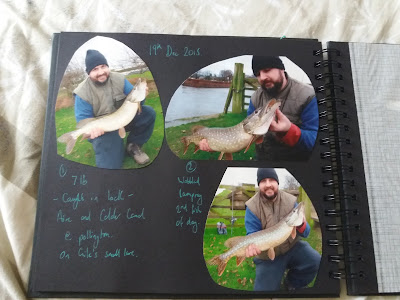 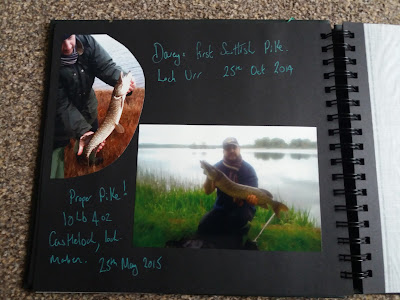 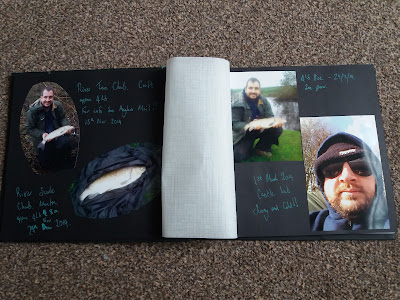 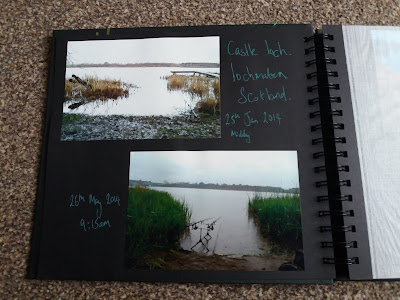 Now they are 8 and 6, so although they are happy to still know what daddy is up to, they are more likely to be logged on to my Ipad and reading this...... now get to bed you two, it's past your bed time!!!