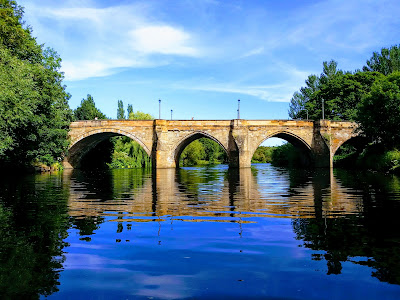 What a busy few days I have had!? It's been great to do a lot of varied fishing, both alone and with great friends.

It started on the Tees, another after work session to target perch and pike on lures. Would the pike be as frustrating as the night Dave and I threw the kitchen sink at them?? I started with surface lures just to have a look. I got a follow from a large perch that just didn't have the confidence or maybe the mouth to grab my toad as it tried to nibble it. I alternated between small and larger lures for perch and pike respectively, silly really when I have caught nice pike on very small lures!! But the thought of big lures for big fish rings true in all our lure chucking heads!!


A move up stream brought another follow from a good sized perch, its dorsal up as it chased my lure and then it happened.
A loud crack, from about 20 metres away, near a swim I had just left. A tree had split in half and I watched as it fell with a mighty splash into the river.  I have been wary of creaking trees during windy weather in the winter, but never during glorious sunshine. 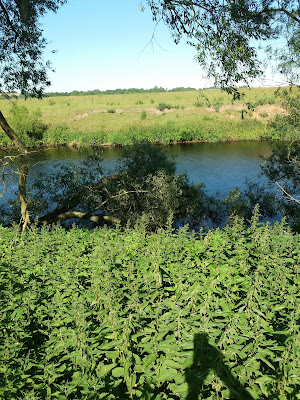 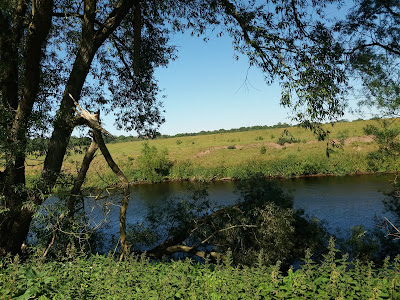 I continued fishing, avoiding trees and fish. But eventually caught a small perch like last week's. It was a nice evening to be sat on the bank and watch the world go by. 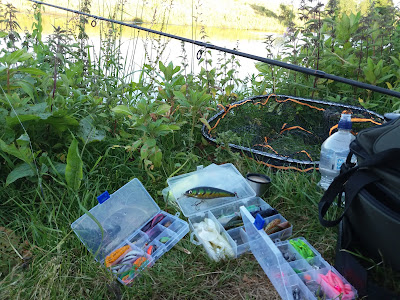 The pike evaded me though, and I left for home still wondering " if and when" my Tees Pike will come.

The weekend approached and I was going fishing again.  In this hot weather, I decided to go early, like early early, alarm set for 3am!! I was going to practice with the stick float, hoping that using maggots I may get a mixed bag with a bonus chub.

My bag was not mixed, it was small and contained 8 minnows!! I did see the chub, in shallow, warm water, just sat. They looked like they were as unimpressed with the hot weather as I was starting to be. I felt I had mastered the Stick float though, being able to cast it in the same spot, trot it along the edge of the bushes and continually feed maggots in the spot too. Next time I will invite the Chub! 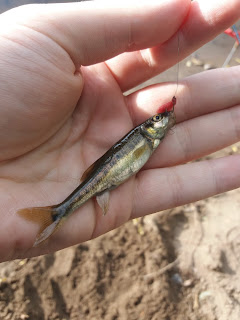 It was good to walk the river again though. With very little water in, I was able to look at likely areas to fish come winter.

Sunday Social was back after a closed season of going solo and fly fishing. Ellis has been on the Wear for Trout, Sea Trout and Salmon and Dave has been fly fishing on the Tees. We boarded “Big Elbow”, Ellis’s boat at the Tees barrage and headed off in pursuit of Pike. It was another hot day, very bright and the water was clear. Our excuses were already being developed as Ellis piloted us to superb Pike looking country. 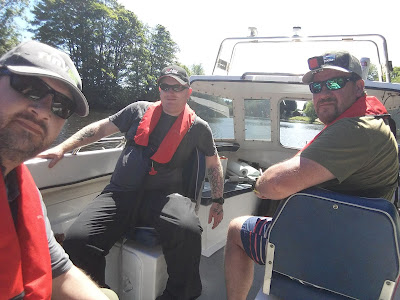 Lures were thrown, dropped (drop shotting) flung and trolled, but still the Pike stay hidden. We ended up in a reed lined corner and got the pole out so we could:


With a few silvers in the bucket and smiles on all our faces, we headed further along the river. The pole was a magic 20 mins of fun, and Ellis had commented that he could stay there all day, I really had to agree with him. Watching a float constantly bobbing and catching little silvers with the occasional Perch as they move in to have a look is proper fishing and I love it!!


Alas we had to move on. We had “seen” activity that looked like pike, and with the boat we were able to position ourselves within casting distance. Eventually we came to an area that was perfect, and as the boat steadily drifted in the wind, we all attacked the water from our respective positions on the boat. My live bait being given extra movement from the very slow drift of the boat obviously worked. My float bobbed and in Jaws’s fin like action but in reverse, it sailed away and under.


“Fish on” was the excited cry from both Dave and Ellis, even whilst they fished they were trying to pop my Tees Pike cherry!

A firm strike, was enough and I slayed the beast, well definitely more beauty.  It maybe was slightly bigger than some of Dave’s Burts but it was a pike, and a very welcome Pike! I was happy, not only to finally catch a Tees Pike, but to do it with my mates on a day that was so much fun. 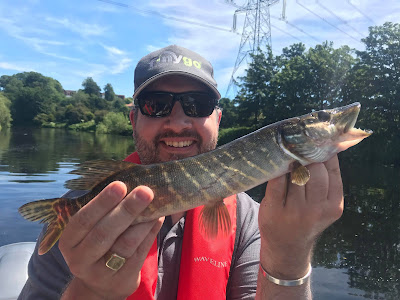 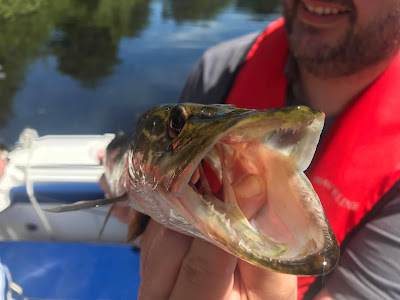 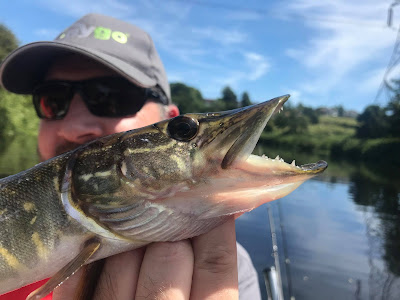 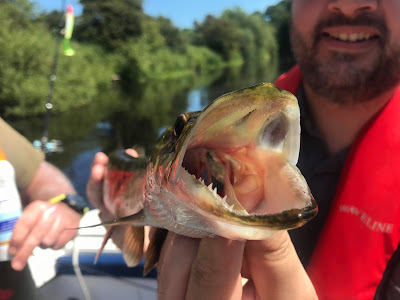 We fished on as it got hotter, finding areas where the trees nearly covered the whole stretch, overlapping at the top from each side of the bank – none of them broke and fell in this time fortunately!!

Ellis continued with drop shotting and caught over a dozen Perch, Dave and I persisted for the Pike but no more were caught.


The boat was great for getting into “those” swims. Those ones you see from a bank, but could never cast too. We saw Chub hiding amongst tree routes, plenty of smaller silvers and even scared a pike that was just drifting in the shallows as we approached. It fleeing with a loud splash that nearly made Dave fill his pants!

As the evening came, it was time to head back. Three redder guys returned, all with smiles and all already talking about the next trip. The fishing was great, but the social was what made the day…. Cheers Chaps, Parmo’s on me next time! 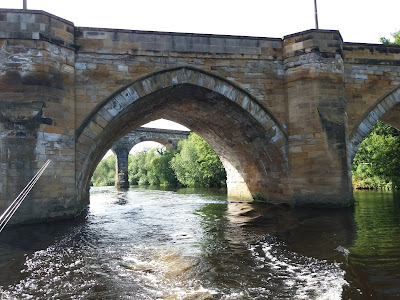