Date fished 2/1/2021
8am until 1pm
I am already a day late this year. I remember new years day last year sat on the bank of the Tees with a groundbait feeder for Bream. Today I met Ellis and we were on the Tees hoping for Pike, with trotting gear for Grayling as a back up.
There had been some good Pike caught on the Tees recently so we were keen to get amongst them. We decided to not bring too much tackle as we thought we would end up doing a fair bit of walking!! I didnt think that walking would be through three inches of snow!! 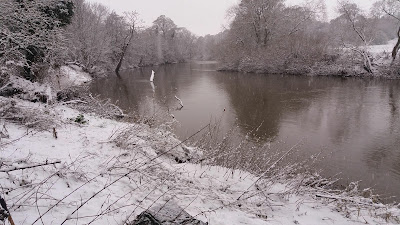 We arrived as several other cars also came down the lane to the fishing spot. Five cars in total. It was like a commercial pond! We said good morning and headed off. The snow was like little balls of frozen rain and we didn't think it would snow for long. We walked down the track to the swim we wanted to fish. The ground was patchy with snow so we set up and waited. 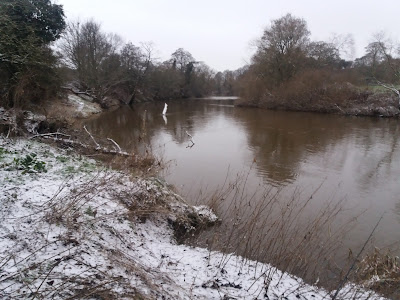 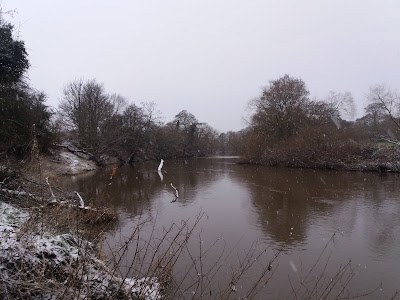 Within 10 minutes of setting up the snow changed to large flakes. Within about 20 minutes areas where we had stood were covered. The sky was dark and the snow was not going away. It was peaceful fishing in the snow and I longed for my float to bob and sail away. Sadly it stayed motionless as the snow came down harder.
We alternated between dead baits for the Pike and trotting maggots for Grayling. Ellis did alot more trotting than I did, I managed about seven casts! And two of those were the dead baits into the two swims we fished. I don't think I got even close to a fish. It's a shame as the photos would have looked ace today. 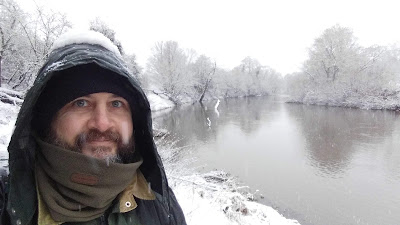 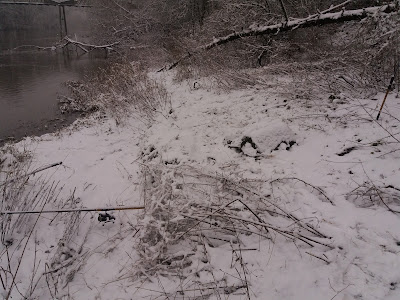 We walked to another swim and tried in there. The snow had stopped again but it was getting colder. Thinking about getting stuck on these farm track roads or other roads nearer to home, we decided to call it a day.
Ellis had a few bites on the maggots, but on reflection it may have been a snag or a leaf. It was tough on the Tees today, but as I keep saying "we really do have some great adventures when fishing!"
We trudged up hill back to the cars and indeed the track was ropey in places but I can report, we are both home safe and sound. Licking our wounds and hoping for Chub on floating bread on a warm summer's evening, when I am sure we will be moaning that it's too hot and sweaty!! 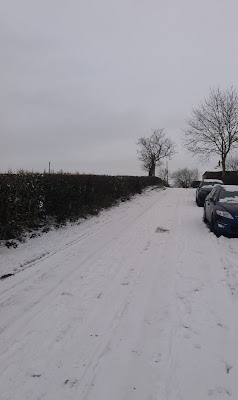 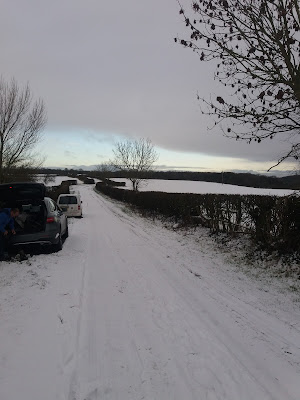