Swipe left for a troll 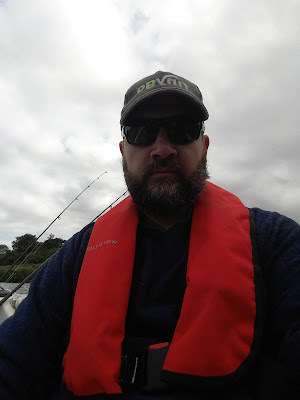 Dave, joined Ellis and I aboard Big elbow for a day lure fishing. Ellis and I were after perch and if a pike came along, we would be happy. Dave was targeting pike, quick to point out " if I get a Jack today, I'll be happy!"

Setting off down stream, we were soon casting in our usual areas. Me missing 2 quick hits on the small pink paddle tail. Ellis also missed a bite so we were confident of catching later.

Dave wanted to troll his lures, which means slowing the boat down and pulling the lure behind the boat using the boats speed. It was Dave that caught first, a large branch was his prize!
A bit further on, he was in again. A good sized pike soon rolled on the surface but the hooks came out. No prize this time.
A little bit further on and he was in again!! This was turning into a rout, no perch for us but Dave had managed a pike. 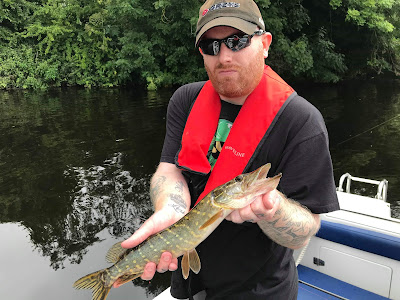 We carried on, and soon Ellis and I were missing fish in other areas too!! We saw fish follow the lures, had knocks but no fish. It was looking deperate.
As we travelled on we said "morning" to a few open water swimmers. There were anglers on the bank pleasure fishing, match anglers, anglers in boats, rowers, swimmers and people strolling the bank. It was good to see so many people enjoying the river.

Ellis soon got into the act with a perch on drop shot. We alternated between trolling so Dave could target Pike and then stopping for us to fish for perch.

A few more perch for Ellis then a bigger fish took his drop shot lure. It's normally me that catches the little pike, but today I let Ellis have the prize. 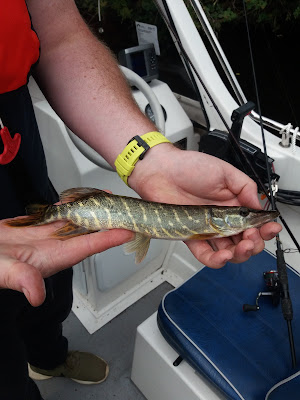 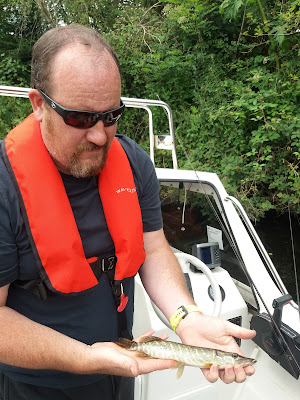 I really was just making up the numbers, as after a few more knocks I still had not caught anything. In truth to Dave's first branch, Ellis and I had both caught a few big branches now too!!
I spotted a great looking swim, we stopped and started to cast. I cast under a tree, nothing. Ellis cast under the same tree, his rod hooped over and a much larger pike was pulling back. 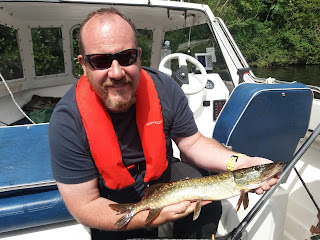 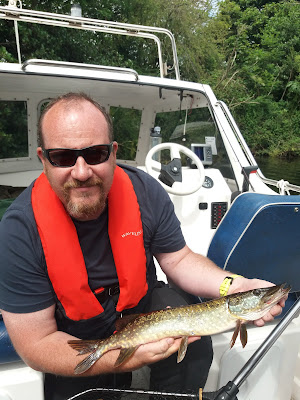 The final nail in the coffin was when we got to our usual snaggy spot where we always catch, 2 people were fishing in it, so we had to leave it for today.

We tried everything as we approached the boat yard, but today was not my day. A blank on the boat!

The final final nail was getting back to the boat yard and being told that we could not leave the club till 19.30 as the roads were closed for a bike race. We are sat in the club house drinking tea/coffee that Dave has made! 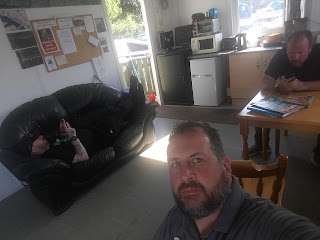 Three men trapped in a boat club more like!!

What can I say about this trip? It was shocking in so many ways. Ellis and I went to the Tees to fish the stretch that I had success on 2 weeks ago. We were targeting chub, perch, dace, roach and pike. Yes, pike. Read on! 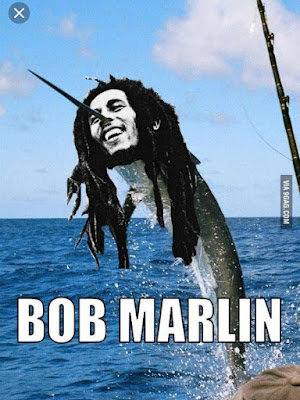 We met at 7am and walked the quick way down to the river, I started in the same swim as last time and Ellis fought his way to the water and found a cracking swim upstream of me. I started feeding and soon was catching small fish. Alot smaller than last time, was this a sign? I hoped not.
A steady flow of perch and small chub and the keep net was getting used. The river was a similar height to last time but was alot clearer, I could see the snags this time! It didn't stop me catching other snags, and 6 hook links later I was still catching.
Feeding and casting was soon a routine. I cast, moved the rod to my left hand, fed with the right and switched back. This time though, my right hand bashed the rod in my left and it flew into the river!! It didn't sink, but started to drift away. I managed to catch it with the landing net at full extension, I was certainly lucky. Shocking!

Ellis was catching too, casting to a deeper area just off the main flow. We both had our keep nets out and would be weighing in at the end. I was getting hungry and it being 11 something, it was ok to eat my lunch. I went to see how Ellis was getting on. As we chatted and I ate my lunch, we heard splashing from down stream. " it's just the swans" I told Ellis.
As I walked back to my swim, I realised I had not seen the swans this trip!
Getting to my swim, I disturbed a large fish and it splashed away. I carried on fishing. Looking down at my keep net, it had moved. Alot!
As I fished on, I suddenly saw the fish. A large Pike was sat next to my net. At 1 metre in length, it was easily a double figure fish. It was sat watching the fish in the keep net. I called Ellis to come and see, we watched in amazement as this fish could not be disturbed. Eventually it swam away as I scared it. 2 minutes later it was back. I was unsure if I should try to catch it, but for now I carried on with maggots.
Curiosity of the weight finally got to me, so I walked back to the car to get some pike gear. On returning I tried with lures but the pike was having none of it. She just sat there, swam away and came back. For the next three hours, she was my companion. I touched her with my rod, put maggots over her, left a lure in front of her. She was not moving!!
It was shocking to see this, but also awesome.

I carried on fishing for small fish, but there was no fish in the swim!! Shocking. Apart from the large Pike a few feet away. This was not going as planned.
Suddenly my phone bleeped, Ellis-"  I snapped the top 6 inches of my an hour ago"
Leg? Arm? Rod? Head?
I replied with "rod"!
Yes was the response!
Shocking.

It was turning in to an interesting session, so we decided to weigh our fish and move on. I weighed in at 4.75lb and Ellis 4.73lb - nearly identical weights. Shocking. Some cracking Perch made the weights honest. 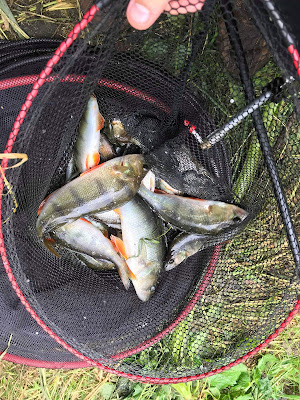 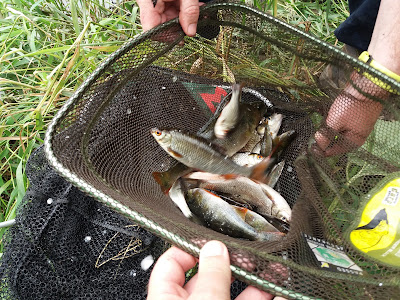 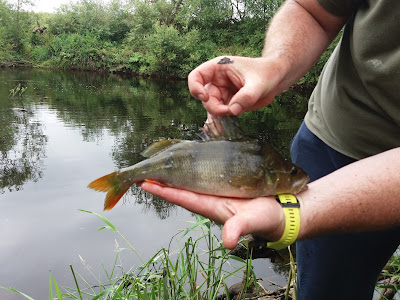 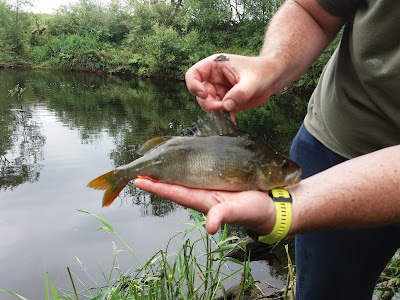 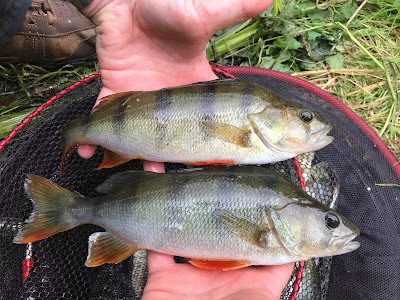 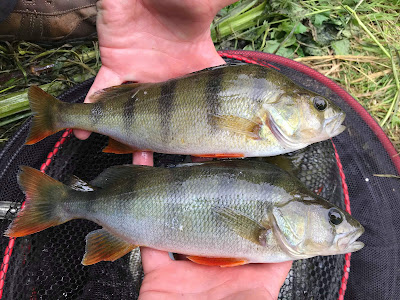 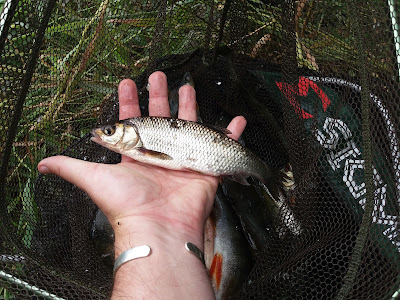 We walked upstream to have a look at another swim. As we stood chatting, my rod dropped on the electric fence. Shocking! Was an understatement. I was not able to answer Ellis's question as the shock went up my Arm!!

Walking down the slope to the swim, I slipped and fell on my bum. It was time to end this session before anything else happened.

Walking back to the cars, I noticed something odd on my car. Now Ellis thinks it's cos I am a "fun guy" I just think it was an apt end to a shocking day!! 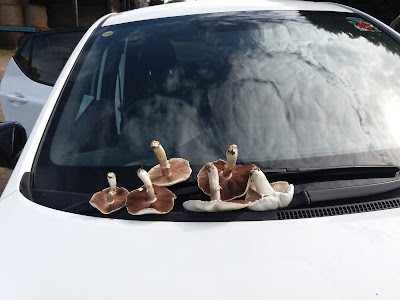