I only had a short session today. I planned to fish all day, but a great and busy week behind me and several busy weeks ahead meant I was content for a short session. This was made all the sweeter by ticking off a 2019 Target!!

Today's trip was back to the Swale at Morton. Since catching the pb chub from there last time, I had fished the Tees and caught a chub of 4lb 2oz, I had a target of 4lb 8oz plus for a Tees chub, but who's counting!?!

Today's tactic was float fishing. I had a target of a "proper" chub on the float. Now, I will leave this up to you, but for me a proper chub is 3lb plus.  It's a proper sized fish, great fight and looks the part! I have caught much smaller chub on the float, but all my larger fish have been ledger caught or on floating bread!

I set off early, hoping to be in my swim and fishing by sunrise. I was fishing Ellis and mine usual Swim, I thought conditions may be right, if not a little testing. The river had a good amount of water and was dropping. The colour seemed to be about right too!

The tactic today was a float rod, closed face reel and a fairly heavy float. I had hook links in all sizes and was going to use a size 12 to 4lb line for bread flake and size 16 to 2.5lb for maggots. 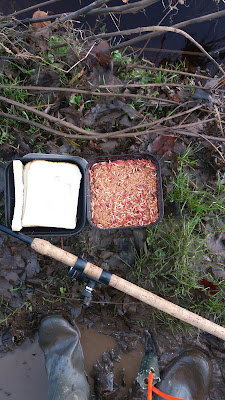 I have wanted to catch on bread flake for a while, so started with that.
I was casting to the far bank, but the flow was strong so I was not able to control the float properly. I started to fish a line closer to me. After an hour of nothing, I switched hook links and changed to maggots as bait.
A few trotts down, I was now fishing about a third of the way across and I was able to control the float properly. I watched my yellow tipped float follow a crease line and head towards my bank.  The float suddenly sailed away, I struck and was in. Playing fish on the closed faced reel is not like other reels, the drag is not as efficient, so I switched to back winding and started to play the fish. It felt a good fish, I hoped it wasn't a large trout. Ellis and I had quite a few large trout on maggots in this swim, but today I wanted a chub.

I played the fish in the fast current, it kept low and kept trying to get under my bank. I carried on back winding and then walked down the bank. I continued to play it and then I saw it. It was a chub!!! My legs started to shake, I didn't  want this fish to come off now.
I got it to the surface and quickly into the net. I had achieved a target, or had I??
The weight was not relevant, as this was in my eyes a proper chub!
Perfectly hooked, my prize laid in the net. 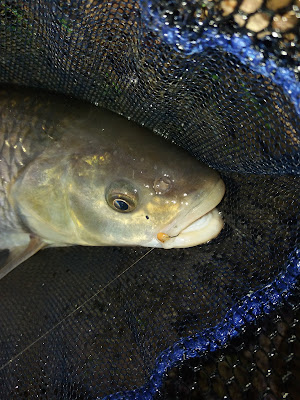 A few quick pics for the festive period and I let the chub rest in the net. Curiosity got the better of me, so I weighed it. 3lb exactly, it was a proper chub!! Phew. 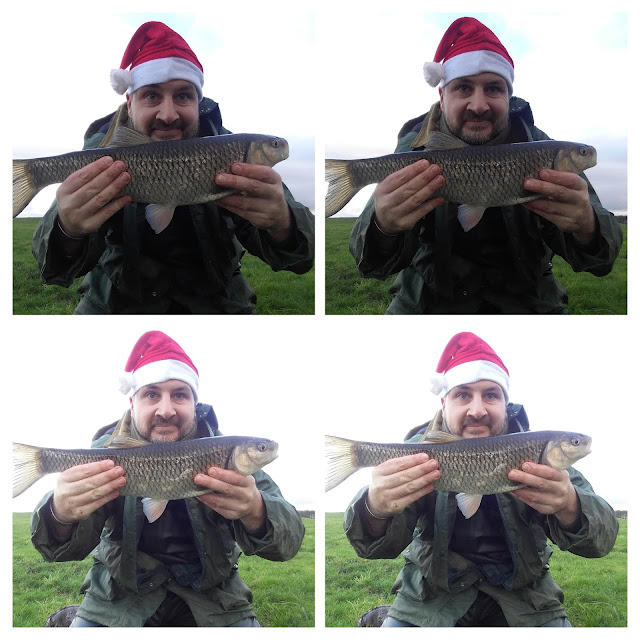 I carried on the line and fed a small amount of maggots every cast. I could see the river visibly dropping, so I was able to alter the line I fished. Soon, the float buried again on this new line and I was in. Was this another chub? Within a few seconds of being hooked, the fish jumped clear out the water. This was no chub, a large trout could not resist the maggots. It jumped four more times, completely clear of the water on every occasion. Again, I was back winding and felt I had got to grips with the close faced reel.
A lovely trout lay resting in the shallows. A quick pic and the trout was released. 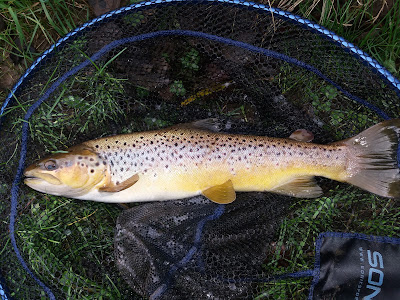 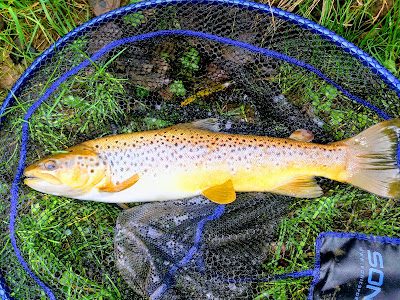 As the river continued to drop, I fished on. Switching back to bread for another chub but sadly none were prepared for a sandwich! I was however, and it was time for lunch. 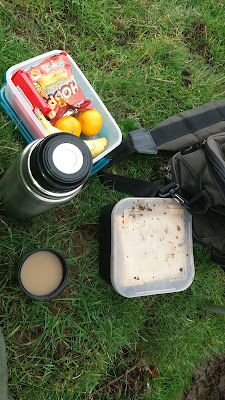 I fed continuously ( the fish, not me!!) but soon the wind got up and the fishing was more difficult. I decided to move, a quick walk warmed me up, but I was now sat right in the wind. 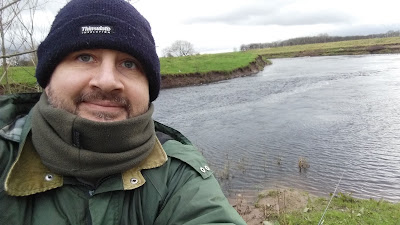 A few trotts down but the wind was now bitter cold and with a target achieved, I deserved an early bath! 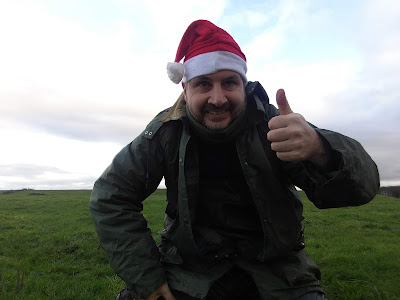