After last week's success, I thought I would take Tom to Broken Scar again so we could try for some more Grayling and maybe a Chub. Tom was keen to catch a chub so brought some ledger gear in the hope that we may tempt one. We could not have been more wrong!! 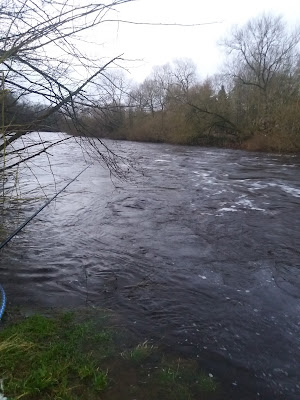 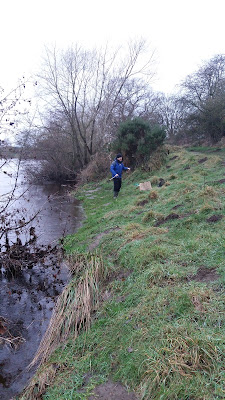 In true Calamity fashion, I did not check the river levels after saturday morning, even with all the rain yesterday and wind I did not expect it to be as bad as it was!

Arriving at 8am to a raging River, I was soon raging at my stupidity.  Armed with only trotting gear and with no other tackle to try a carp lake, we were stuck to try or drive back home.
We gave it a try, well Tom gave it a bloody good try. I gave up pretty early. One of those things, put it down as experience or learning.

We found a few swims, but the river was up alot. An area I jumped down to net the big Grayling last week, where the drop was probably down to my chest, was over the bank today and covered the bank by some way! 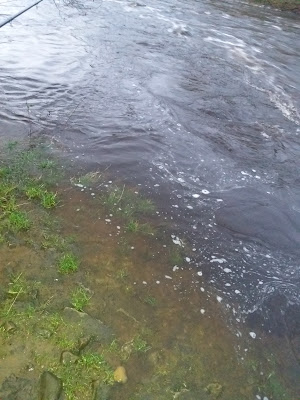 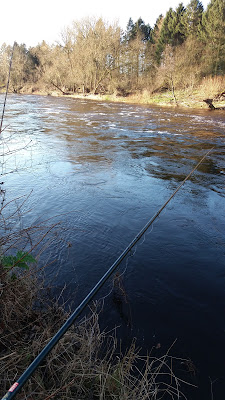 We fished some slacks and some open areas but the river was too fast, too deep, too annoying!

As I have been saying for a while, the river levels don't mean much out of context. Last week the level was 0.8m today was 1.4m. So an extra 60 cm of water. But as I said above,  an area I was stood last week was underwater by over 1.4 metre!! So why is the level not at 2.2m??
Maybe this is what kids should learn at school, I should have asked the teacher, afterall there was not much fishing going on!! 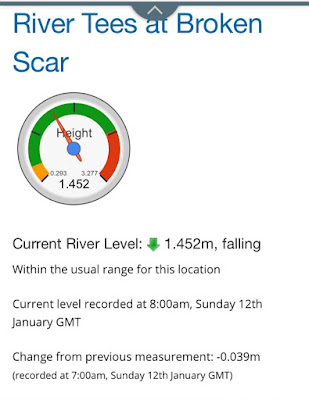 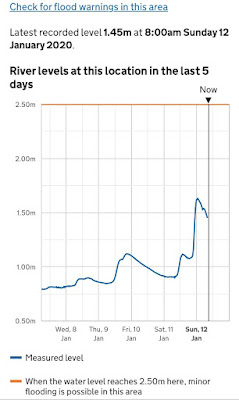 It was dropping fast, but with no bites we decided to pack up early and head home.
A day to remember and learn from. Not to be disappointed with as without the terrible days, the great days have no comparison! 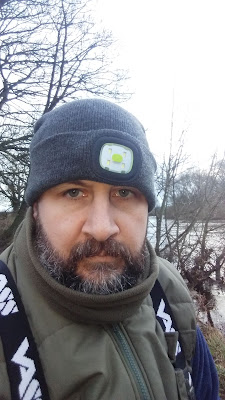