There is a little bit of deja vu with this blog, but after yesterday's blank I wanted to get back on the horse straight away!

I fancied a day on the Swale at Morton chasing the Chevins aka Chub! I had cheese paste and meat and I was hoping the Chub were hungrier than yesterday's Pike were.

I won't bore you with the details but sadly another blank. Two days in a row. I will give you the highlights.... lowlights? You can decide which are which.

1. I arrived early and set up by the bridge just as the sun was breaking through. Is a really nice time to be fishing. 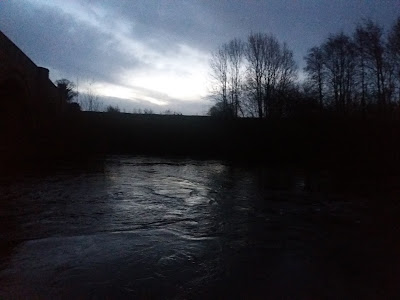 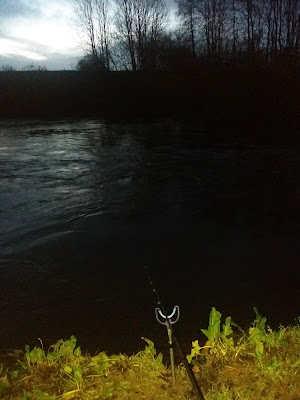 2. I walked alot, so got some exercise. I fished loads of swims but had zero patience. If a bite didn't happen in 5 to 10 minutes, I was away! Usually Chub are on cheese paste quickly so it may have worked but I lacked focus today. I stayed in a few swims for longer periods but couldn't tempt the fish.

3. I climbed over a barbed wire fence and ripped my coat. 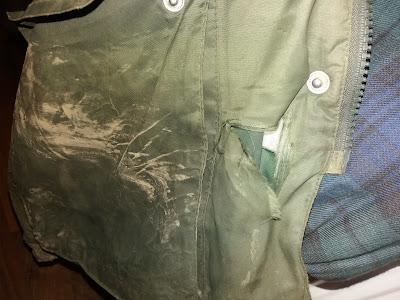 4. I met two Kevins. (Not Chevins) both club members who were extremely knowledgeable and we chatted about lots of different pegs.

5. The banks were fairly slippery and twice I did some skating.

6. I fished a new area where the river forms a loop. I thought I had a bite, but on reflection it was not. As I fished a small section of bank slipped in. Some Areas I fished so close to snags I think I was more likely to catch a Beaver than a Chub! 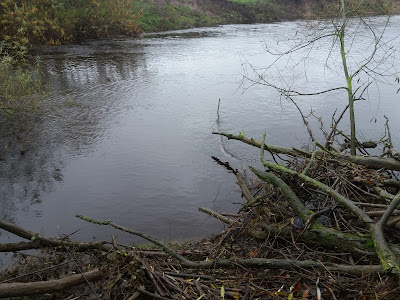 7. The torrential rain came just as the gusty wind was at its strongest. I had no pertractor to measure the angle but let's just say horizontal!

8. I fished areas I had caught in before and made a note of levels in relation to snags and flow. Am seeing alot of the river in all conditions. 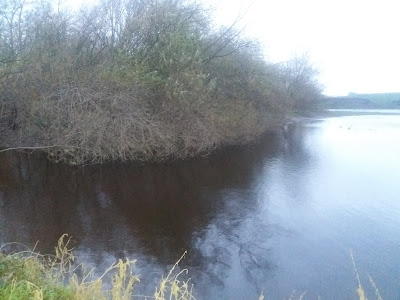 9. Kevin and his son had caught, I was glad the fish were feeding, maybe I need to tweak my bait flavour a little!?

So that was my day. Of course the pros outweighed the cons (6-3) but also I was fishing. A day fishing is better than any day not fishing! (I think) 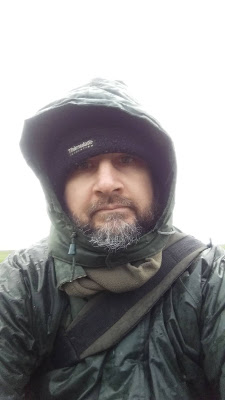