The alarm went off at 6am and today was like any other, I was going to work. Into the bathroom, wash, brush teeth before getting dressed. Then a leisurely commute down the stairs to work at the kitchen table. But unlike other days, after work I was going fishing!
Making use of the light evenings, I decided to work until 2pm and then have the evening for Bream at Tilcon. Two rods, both with hybrid feeders filled with pellets and differing pellets on the hook was to be the tactic. 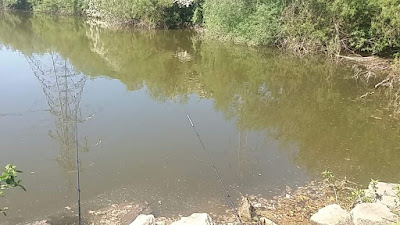 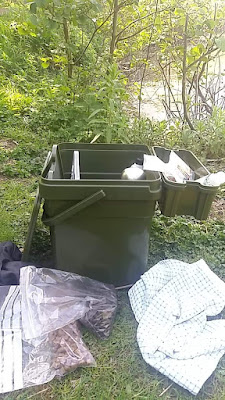 I could end the blog here, such was the success but then you would not be able to see all the scenic photos I took! I must admit, I got a bit carried away.
Arriving about 2:30, I had a quick chat with some other anglers, it would seem the lake was very quiet today and not many fish had been out. I was surprised not to see any carp cruising on the surface, the car said it was 25 degrees and it felt warmer with little breeze.
I settled for a corner swim where I could target tree features to my right and open water straight in front. With the rods all ready set up, it was a quick process to get them ready for action and I was soon fishing. 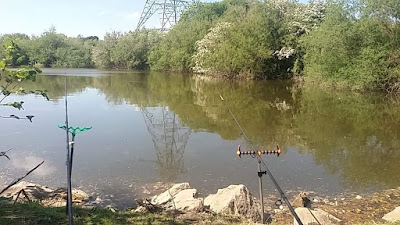 I was casting fairly regularly but with little action. There was a large shoal of Roach cruising just under the surface, their silver glinting in the bright sunshine. I was trying some different pellets in the feeder that I had and I think I had made them too wet. They were a little bit clumped together so I left them in the sun to dry a bit more. Seeing them looking so wet bothered me, so I got the box and a stick and started giving them a stir.


Now, I have lost count of the number of times I or other anglers have said a bite came when they were having a wee, drinking a cup of coffee, looking at their phone, watching the kingfisher or stirring their wet pellets! I saw the rod twitch, bounce and the line peeled off the bait runner, I dropped my stirring stick and picked up the rod. I struck into thin air, the fish had gone!
There was a lesson here!


Soon, 2 club committee members came to inspect my membership card. Asking to see it, I got it out of my box and showed them. "Ah, its the Blogger!" was their warm response. "It was great to read your last blog, well done" they praised.
This was great to hear, its so nice to know other people enjoy my ramblings, I write this for me, but I am happy you are reading it too!
We talked all things fishy, and with every great myth, they threw cold water on the 14lb Bream. My new target is 9lb, that'll do!


The afternoon was hot, I had a few knocks on the rods, but maybe only an indication a few fish were brushing the line. They were not really feeding. I presume there had been a lot of anglers fishing since last Wednesday, with their new found freedom so maybe the fish were full. I certainly wasn't, and it was time for dinner. 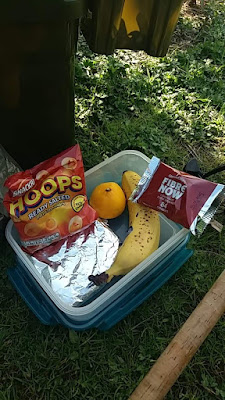 As the evening drew on, the lake came alive. Fish were topping, midges were whizzing about. It looked idyllic. The occasional police siren or speeding motorbike breaking the peace. 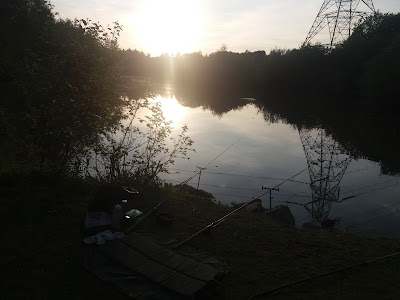 A little after 9pm it was time to call it a day, after all I had a short drive home before tomorrows commute down those 14 stairs.


As with anything in life, there is measurable success and failure. Some may argue this blank was a failure. I would argue it was a mixture of both. I had an enjoyable evening on the bank, learnt a pellet stirring lesson, got trigger happy with the sunset pics and took my first step to International Blogging Stardom! 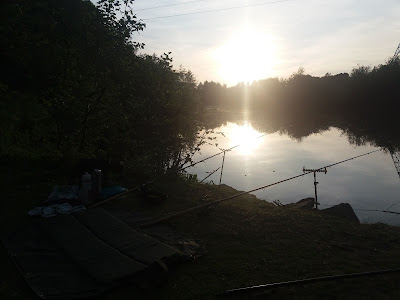 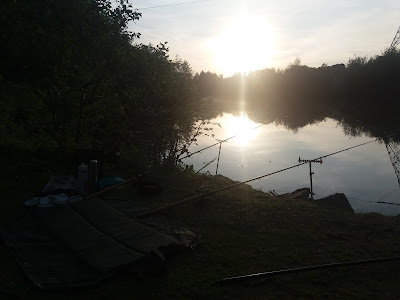 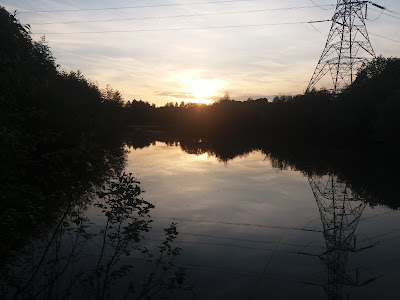 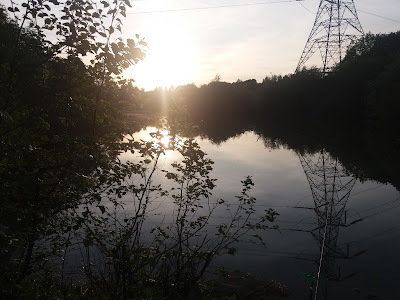 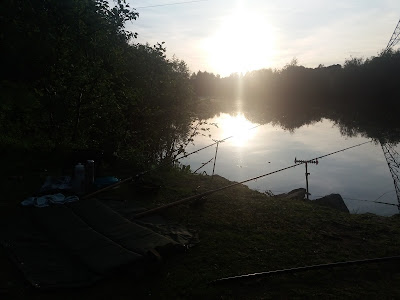 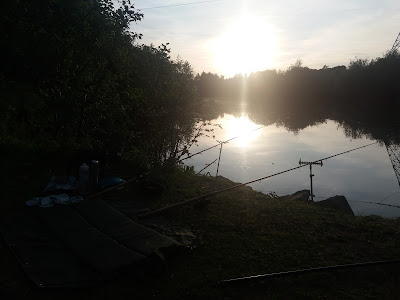 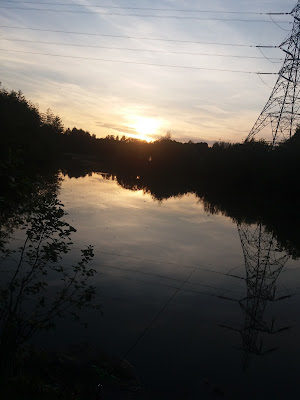 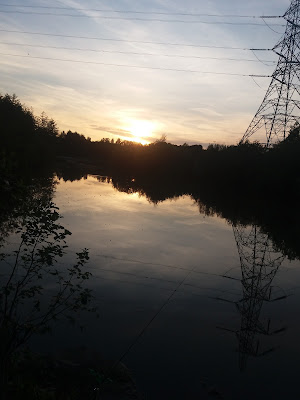 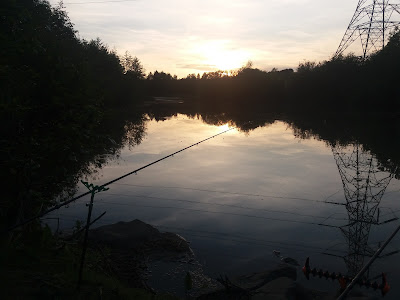