Now, it may be a bit premature to start with the Bream pun title but let's give it a go. 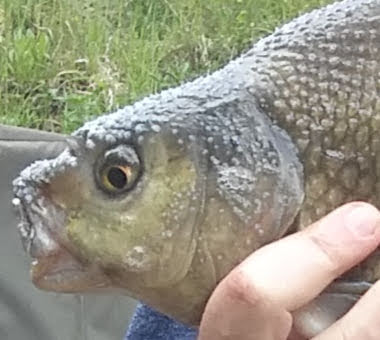 After yesterday's indifferent performance, today was going to a peaceful day on  Tilcon (Ryton) to target the Bream.

The alarm went off at 5am, "Don't Bream, it's over" playing on the radio. I was mostly packed, so a quick wash and breakfast and I was away.  Arriving at the lake early, (5.45am) I fancied fishing in a swim right by the car park. 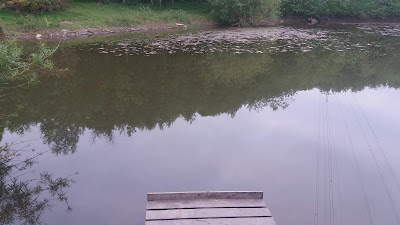 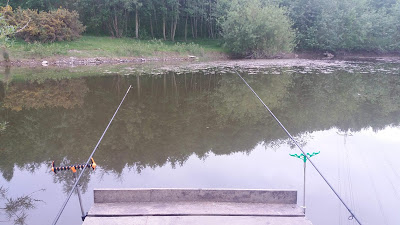 Setting both rods up with Hybrid feeders is very quick. Within 10 mins I was fishing with both rods and having a sit down. The lake was alive, fish topping, crashing about. I was certain of a fish or two. Line knocks showing me fish were moving about. 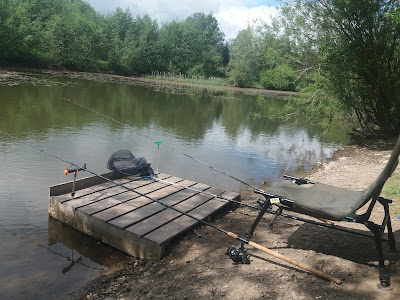 Suddenly at 6.35am my right hand rod hopped over and the lillies crashed apart. This was no Bream. I was on the rod straight away and got the fish back in the open. A spirited fight played out and soon it lay in the net. A lovely Tench for first thing in the morning. At 3lb 9oz, no monster but a good example from this lake, so I was pleased. A few pictures and off it swam. 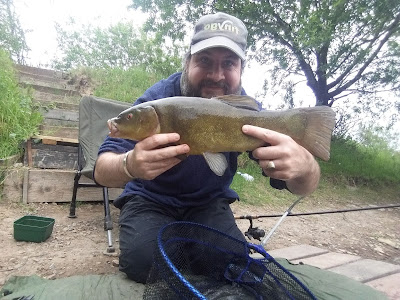 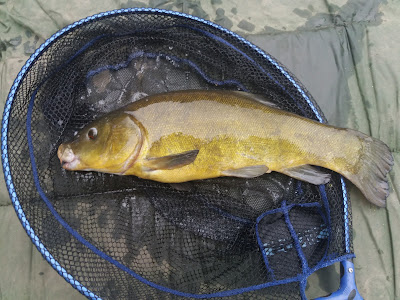 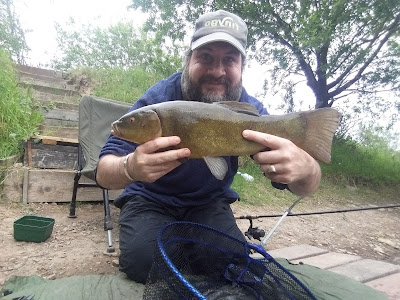 I had reeled in my other rod while the Tench was in the net, so I could do pics etc with no distraction. I cast this rod straight back out.
I turned to 're bait the Tench rod and I heard the bait runner going and my rod going towards the lake! I was on it straight away, this was a much bigger, powerful fish, defo not a Bream! As I picked up the rod, the fish was just in the lillies and at a right angle.  Ping!,  the hook came out, a bit straighter than when I cast it in!! 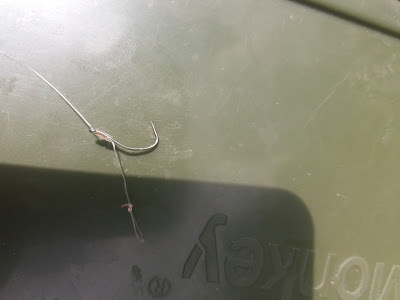 Changing the hooklink, I quickly cast both rods back in and sat down. It had been a crazy 10 minutes! I was hopeful for another quick chance, but sadly the fish were not so obliging.

At 8.30am my left hand rod gave the tell tale wobble. I picked it up and it felt a decent fish. It was not fighting like a Bream, but glady it was! I had come to target Bream and finally I had one. It looked bigger than my last two,
"A new pb?" I thought.

This looked like a proper bream, deep, bronze,  thick and rough to touch. It was in full spawning mode and covered in tubercles.
This was the type of Bream I had wanted to catch.  A calm procedure followed. Other rod brought in, fish resting in the net. Unhooking mat wet and laid out. Sling wet and rung out. Scales set to zero. I was starting to enjoy this fishing lark, not bad for 30 years!! 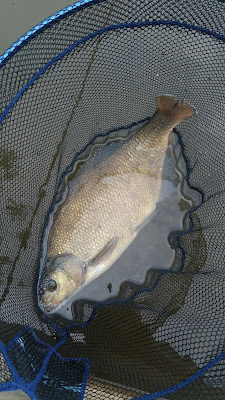 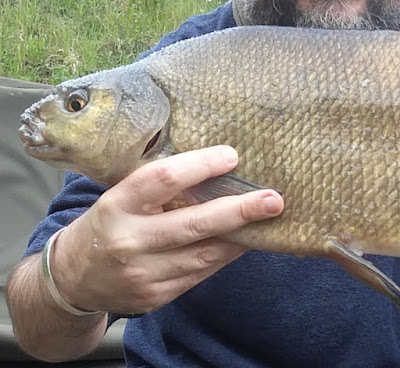 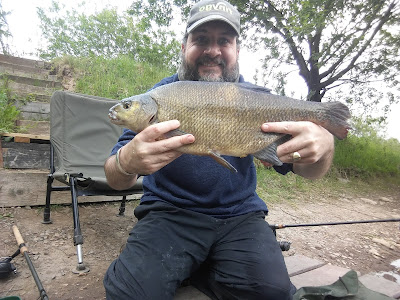 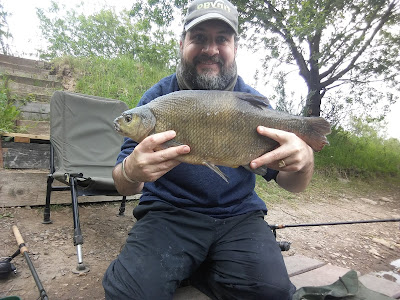 As I fished on, Carp crashed around in lillies far to my right and the heron flew twice overhead. It was a perfect morning to be out. Another bite on the left hand rod, and a small gonk came to say hello. Hooked fairly in the mouth on a hair rigged 8mm pellet! It has been a while since I caught a Gudgeon, and this one was very welcome. 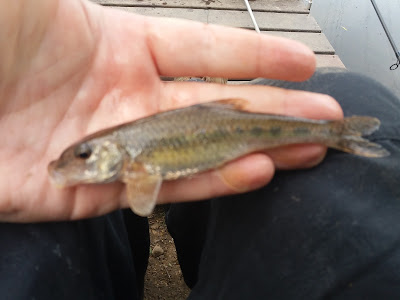 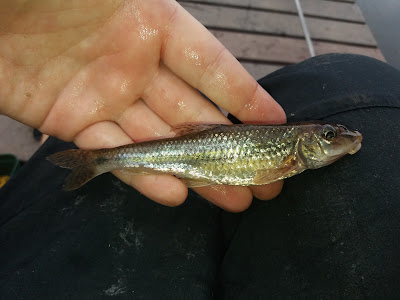 A few knocks happening throughout the rest of the session, but it seems I made best use of the early start. As I packed up to drive home, the grin said it all. I certainly was like " The cat that's got the Bream." 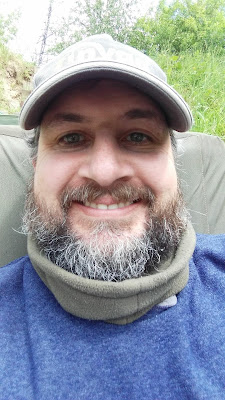