September means, back up North, back to work and back to school. The kids were away this weekend so fortunately it was also back to fishing! I thought about the Tees or the Swale for todays trip and am still thinking of going out tomorrow too, but I will have to wait and see. For today though,  I headed to the Swale at Morton.


I decided to fish an area I had not fished in a while. I was going to fish there on my last trip but the river levels rubbished that idea, so with a slightly better level, I was fishing well downstream of the bridge! I used to fish all the time down here when the parking was someone else, but we don't mention that (Fred!).
I did some research and found where I could park and I could fish downstream to the lower limit and maybe upstream a bit too to where it all started for me on the Swale on this amazing stretch, way back in 2014. 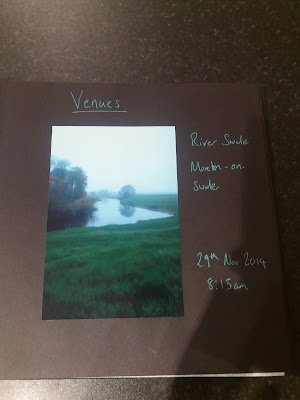 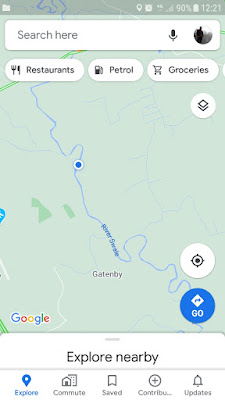 Parking at the side of the road, I made my way down to the river. It looked in good shape, if carrying a little extra water. I fished in the first swim I came too and thought I had a tap, but it was just as I was picking up the rod, so I couldn't be sure. Anyway, after no action I walked upstream. I was going to walk to the first swim I used to always fish. I was always Pike fishing there, but caught my first Swale fish, a 4lb 8oz Chub on Lamprey whilst after Pike.  Seems like a long time ago.


I fished a few swims and needed to add extra weight to the link ledger and on occasion actually use a bomb. The river was going through and with the wind picking up, I thought I might need some luck. I fished on and carried on walking. 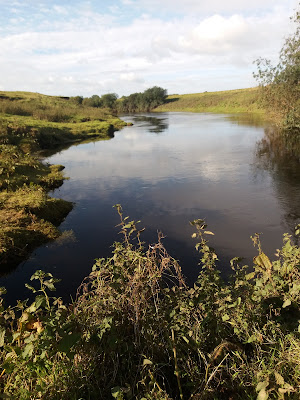 Soon, I was in my first Swale swim. It looked alot different to six years ago. It would be rude not to give it a little try. I cast the meat into the side of the flow and waited. A few taps on the rod, nothing there so I reeled in. 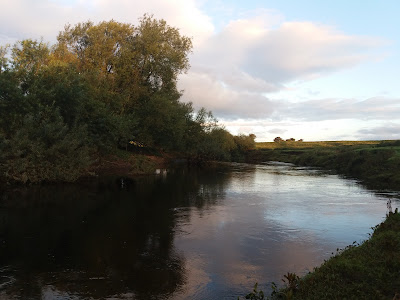 I have seen all the films, read all the books and even heard stories from other anglers about the notorious gangsters, but I have never experienced them in all my years of fishing. Even with meat, dead baits. Nothing, ever.
I reeled in and saw something on my bait. Holding on and with two pincers snapping open and shut. I lifted the bait out the water and sadly he fell off. I wanted to show you, maybe another time. For those still confused, it was of course a Crayfish (Kray)!!
I cast in a different area and the tip was constantly being pulled gently. I assumed both twins were now at it, I changed to pellet. Still no bites so I picked up my kit and walked downstream. I was going to walk all the way to the lower limit, and fish some of the way too. 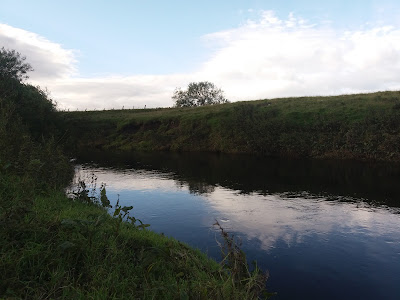 I fished some different areas behind and in front of bushes but no fish. I saw two kingfishers, I assume racing each other as they whizzed past. It was not too long a walk and I was back to the swim nearest the car. I would try once more in here before venturing on virgin territory. 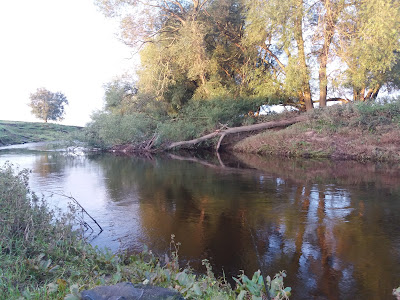 It was 11.40 am, I cast to a fallen tree and waited. The rod soon hooped over and fish on. In the fast current it was a spirited fight. Hanging on to rod and net, I was soon winning and the fish lay safely in the net. A hard won Chub at 4lb 5oz and I was happy. 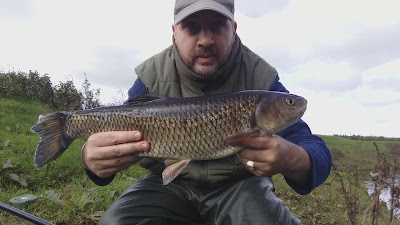 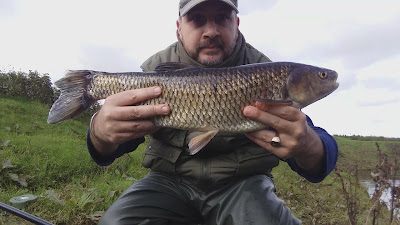 In every swim where I had little knocks, I was thinking of the Krays, the fish not the twins! I wonder why I have never been pestered before? I assume the fish eat them, so I will be using the crayfish lures I have quite soon!

I was putting the miles in. The terrain was not always flat, and some swims were down steep banks. It was great to fish new areas. I thought I had walked this years go, but on reflection I had not. This was all new water for me.

Some swims were like jungles and some were more open. I tried them all. 10 to 15 mins in each. Giving the Chub a large meat bait in the hope they would be on it quickly. 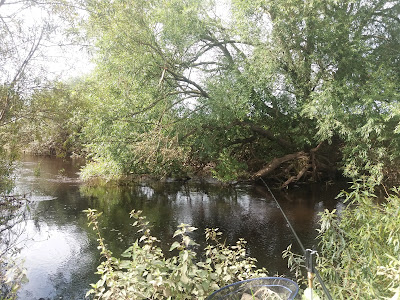 A new swim and I had a change of method. I cast the bait in and then threw two pieces of meat next to it. I sat and waited. The rod twitched a little, then slammed over. I was not fishing far out, so when I connected the fish was already right in front of me. The water here was deep and it stayed low. I did not see it at all. The fish went from left to right, staying deep and headed for the bushes. I was not playing the fish properly, I was fighting with it. It was pulling down and I was pulling up. Big mistake, I was not doing it right and the hooklink snapped. I was gutted, but knew what I had done wrong. I didn't have space to play it, so tried to bully it. I assume it was a good sized Chub, and will be back to that swim another time.


As I walked to the lower limit, the rain started. First a drizzle and soon alot heavier.


I made it to the end and after a walk through the fields and past the farmhouse, I was back at my car. A bit like the twins, today ended caught one and lost one. Although it was not just about fishing today, it was also about looking for new areas to fish at a later date. Now I genuinely feel I have 4 miles of Swale to target. Next time though I will be less 'The Firm' with any fish I hook. Although a day loosing a fish is better than not fishing at all. Don't you agree Reg??

" I did not regret it at the time and I don't regret it now. I have never felt a moment's regret." 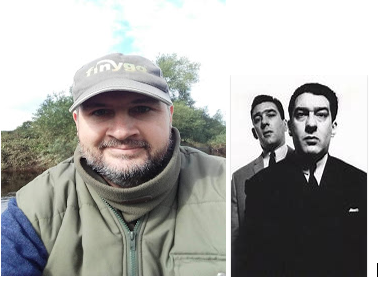