With the nights now drawing in, I thought it was nearly the last opportunity for an evening after work session. I decided to head to Tilcon to target those Bream, well the 8lb plus Bream I had heard about, specifically! I had bait designed only for 8lb Bream and was keen to try it out (of course this is a lie).

Armed with some 12mm Robin Red pellets, some left over pva bags already tied, ledger weights and one rod, I headed to the lake. 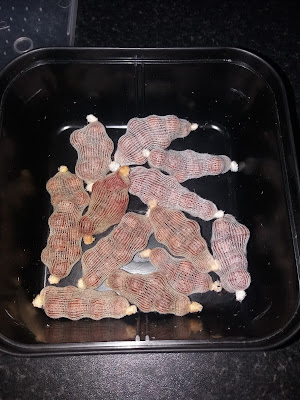 I have to say, that out of all of the "inventions" for fishing, the pva mesh bag has got to be right up there! I wish I used them more, I never really remember to bring or make them, last used here. But to have a small pile of bait right next to the hook, this is a great method. I was ready to fish in a few minutes, time was not on my side tonight, I was surprised when I checked sunset times now we are in September.

I walked round to the usual swim, cast out and waited. There was one other angler, I chatted with him. He had been fishing since 6am and had a good mixed bag.
I wound in and noticed something on my hook. No rod indication but a (fairly) hooked in the mouth fish. My rod, line hook and bait had caught me a fish. So had I blanked?? 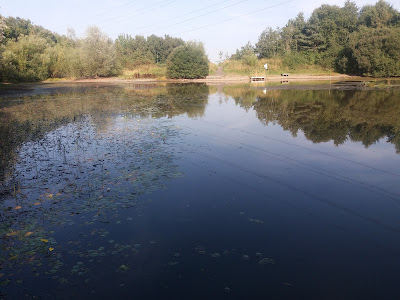 I saw Carp and Bream topping, plenty of activity but no more fish. As I watched some members clearing some weed from pegs on the far bank I had a few knocks on the rod. Nothing materialised and as it got cooler and towards dark, I decided to head home. 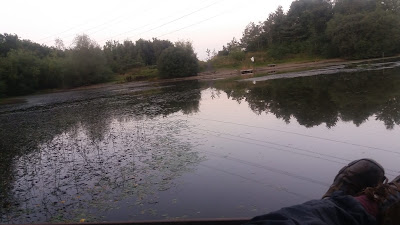 In truth it was a lovely evening to be sat by the lake. The rod in my hand (and fish) was just a bonus. Of course I didn't blank!! 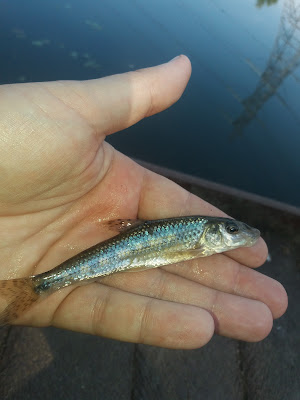 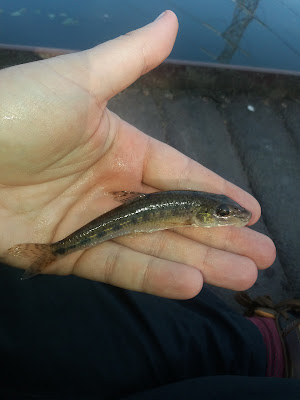