Date fished 13/05/2022
1pm until 7pm
Friday the 13th we meet again.
I once worked with a guy that always booked this day off. He figured it was safer being at home than risking the jinx. He did claim that he was on a step ladder with a chain saw on one particular Friday 13th and there was an "incident".
Prior to the session, I decided to float fish with pellets, so I needed to make some hook lengths with hair rigged bands. I also bought some sweetcorn as a healthy alternative. 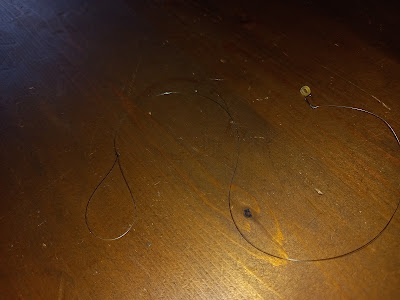 I  checked the weather and it stated "fresh breeze", just like Friday 13th August 2021 so I took the ledger rod too! (Spoiler, it never got used).

Flexi helped me finish early and I was at the lake by 1pm.  The lillies had started to grow back, the howling wind aside it looked good. On the drive over I had changed my mind about bait. It was going to be sweetcorn as the main bait and switch to pellets if not. (Spoiler, I never did change to pellets, the rig tying was not needed!!)
The rod was set up already so I was fishing straight away. A few pellets hoping to get the fish going. In less than 10 minutes the float buried and the first fish was landed. I didn't expect a bream so soon!
I fished on, which came with its dangers. One gust had me grabbing hold off my chair, I honestly thought I was going to be blown away. Fortunately the extra chips and beers over the years kept me grounded.
Regular feeding had the float dipping and sailing away often. Within a short time I had another bream and two roach on the tally. 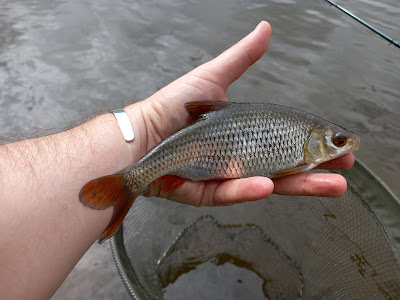 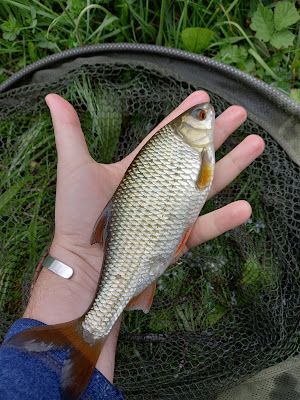 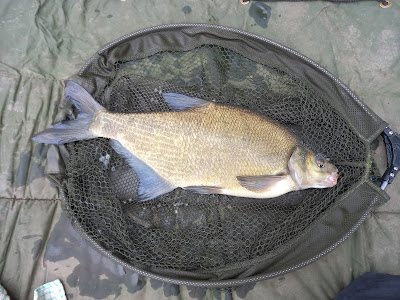 I was soon joined by a committee member and having a good natter. Not paying attention again, I missed several bites/fish. I did comment how I would like a tench......
The corn was going down quickly, but I continued with the feeding. The fish kept coming, some ide and hybrids really packing a punch for their weight. Several times they shot off like rockets, and were really only hand sized! 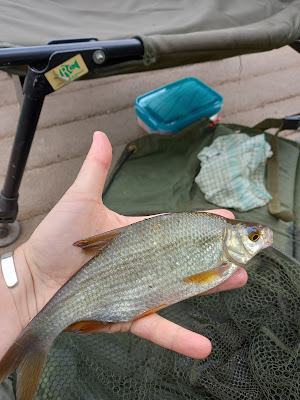 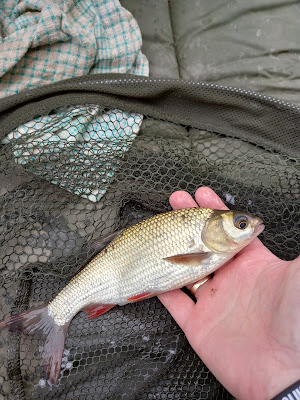 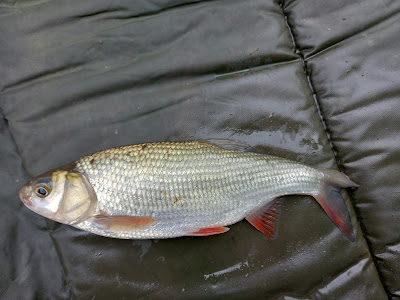 You will be pleased to know, I didn't take pics of every fish. Several silver's went back without a snap, bream number three was more of a film star!
The waggler was fished about a rod length off a bush, I tried to feed tight but this was difficult with the wind. I probably fed a 10ft square, where a proper match angler would feed a 10cm square!
The fish didn't mind though, bream number four arrived soon after. 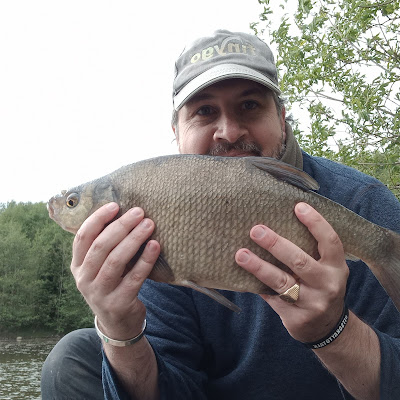 Another bury of the float was met with a strike. The rod bent over and the fish swam off. I initially thought Carp, but it was not as strong as that. This fish took line and headed towards the lillies. I played it back towards me, it kept low and was pulling back. Eventually it came to the surface, a good bream (defo a pb). I got the net and started to bring it towards me, a quick flip and the hook hold came away. Gutted, I had lost a good one. Was this the Friday 13th jinx?
Not to be to annoyed, I fished on. The float went again and this time the bream was netted.

Five bream, one tench, two roach and five silvers landed, there was no jinx! (13 fish) 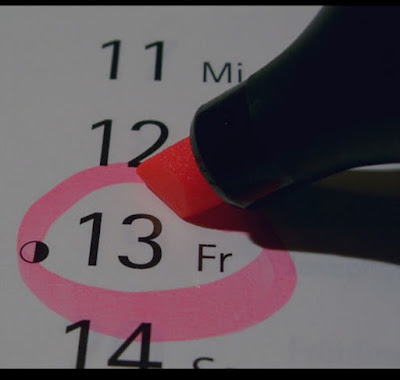