Love it when a plan comes together!


Todays plan was simple. Target a new stretch of the River Swale for Chub and Pike.


Arrived at river as sun was rising. WOW! what a difference the other bank makes. This was a new stretch to me, this was the Stockton side of the Swale at Morton, where I normally fish the Northallerton side. I am in both clubs and Darlington too, plus the association waters that come with the membership. 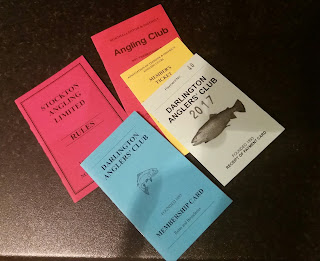 The swims looked great, it looked like the side to fish, but as I probably said the opposite a few years ago on the other bank! we would see what side was greener.

First swim looked chubby, so I thought I would try something new. Touch ledgering with curried meat. Had never caught on curry flavoured meat before so would give it another go. Holding the rod was ace, you could feel everything, suddenly a tap and a pull. strike, I was in. ping, the hook pulled, I was......??? out??! ( do we say out, if before I was in?? hahahaha


I quickly put another piece of meat on the hair

and cast it in. pluck, pull, strike. I was in, again. this time I managed to play it in the flow and slipped the net under a lovely Chub. Had been here 5 mins and was catching chub!! 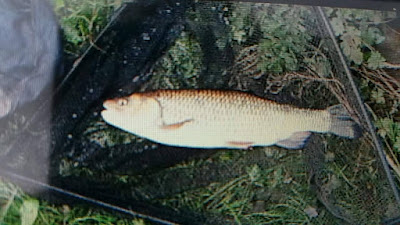 I moved along the bank alternating between Chub or Pike tactics depending on what the swims looked like. I spoke with a few other anglers and defo found some spots to try in the winter. 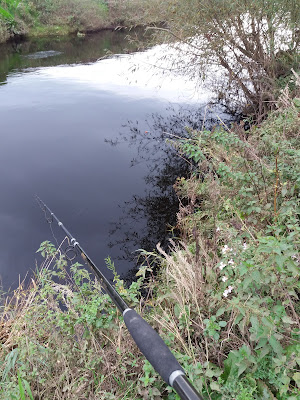 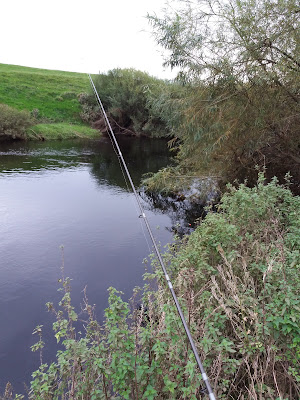 As I moved further along the bank, I was targeting Pike. One swim looked very "Pikey" so on went the dead bait.
After 10 mins the float lifted, I struck into the fish. Again, I was in. A good sized pike jumped out the water, swam around and eventually came to the net. Then my treble caught the net, the fish rolled and the hook came out of the pike. It gently slipped backwards and as I tried to net it again, I got the twang of resistance as the net was still hooked!! I did not manage to net the pike and it slipped back, completely unhooked but without it's picture taken.

I was annoyed, blew my chance of two targeted species caught. I rebaited and cast out.
10 mins later, the float went. Same result. Was in again. A different fish, as I had seen the first pike had a lump on its head. This time it went in the net perfectly. It was an awesome looking fish. 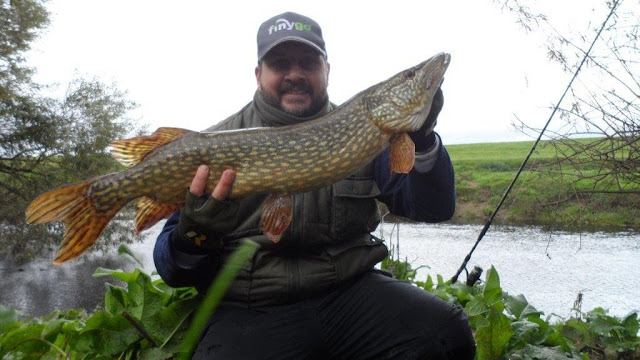