Some last minute changes of plan and I was due to take mini me for a horse riding lesson at 4pm. With Ellis unavailable, I decided on a trip to the Tees. Leaving the float rod at home, I decided on two ledger rods. I had meat, worms, cheesepaste, breadcrumbs and some good sized feeders! I was looking at using some longer hooklinks but time was not on my side (plus laziness) so I grabbed the ready tied ones and got my kit ready.

It was a rare event, but I took a chair with me today. I usually just sit on the unhooking mat, but thought today's few hours would be in comfort.

I hoped the bait and wait approach would work and with two rods I was doubling my chances. I mean surely this would work? Surely the fish wouldn't have their own plans?, would they? 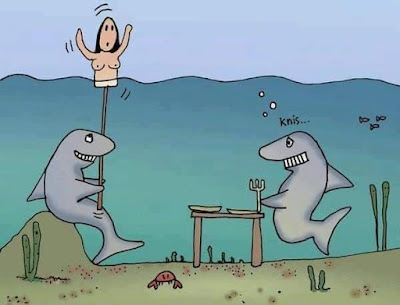 I set off by 6am, the car telling me it was eight degrees. I was walking towards the river by 7.20am and it looked great. 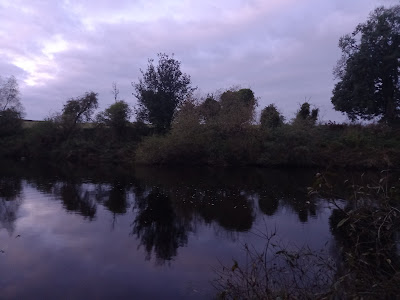 Settling in the swim, a few feeders of breadcrumb to tell the fish breakfast was ready and I was happy. 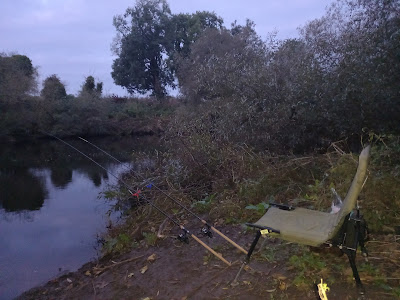 After about 20 minutes I heard a commotion and saw two otters crossing the river. They dived and played around before heading downstream for their own breakfast. I had cast the meat rod close to the bushes on the far bank and the worm rod just where the current hit mid river. It was the latter that got attention first. A few rattles and a fish was on. I thought it was a Dace, then a Chub, now I am convinced its a Dace. Anyway it was the blank saver 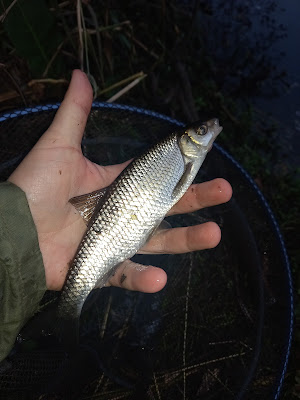 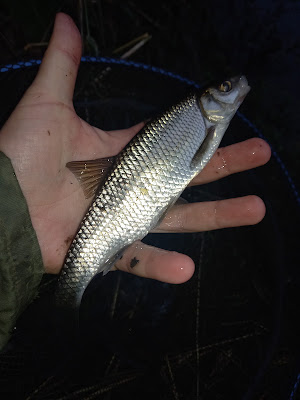 I carried on casting quite regularly, I wanted to stir up some interest and also use up some of the breadcrumb mountain I have in the bottom of my freezer!! Repeated casting and soon the worm rod lept into action again. A brace of Dace now! 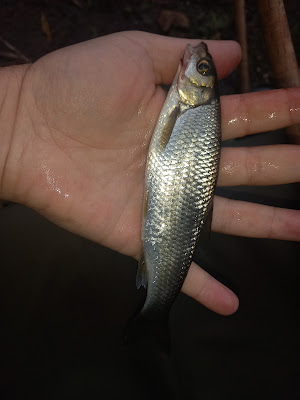 The second was quite a bit smaller but still very welcome. I fished on and soon a Cormorant was swimming through my swim. It surfaced with no fish in its mouth. It jumped out onto a rock to warm itself, and after a short while it flew off upstream. It must have known the otters went downstream!

It was a lovely morning to be on the river and soon my tummy was rumbling too. I ate my lunch whilst I watched more and more leaves blown off the trees. The wind was picking up, large swirls clear on the surface. I was quite sheltered here today, a far cry from a few weeks ago when I tried to fish this swim and it was like  a wind  tunnel! 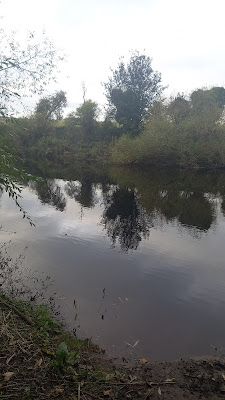 I had used up all the cheespaste I had and went back to meat. I decided to cast not close to the bushes as I had been all morning but just to where the worm had been. I cast the worm rod a bit further downstream. I sat back and watched nature.

Suddenly the meat rod jerked forward and headed towards the river. I grabbed hold and played the culprit across to my bank. It got snagged in a branch about a rod length out. I gave some slack line and held my breath, 30 seconds or so and the fish was out. I played it to the net. A nice looking Chub, the kind I had wanted on the float these past few weeks. Unweighed but easily over two pounds. Just what I had come for. 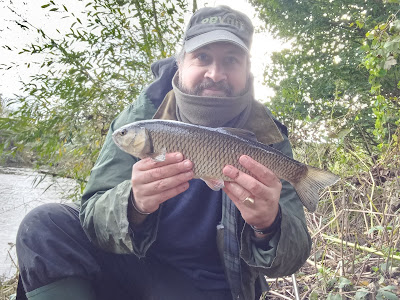 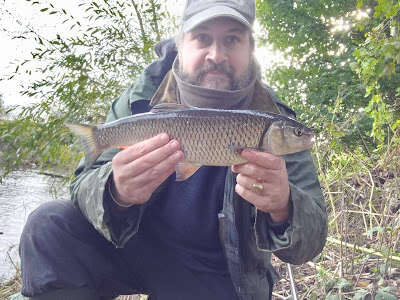 I am writing this now as I sit at the stables watching Martha.

A good day had by all it seems! she must get that smile from me!! 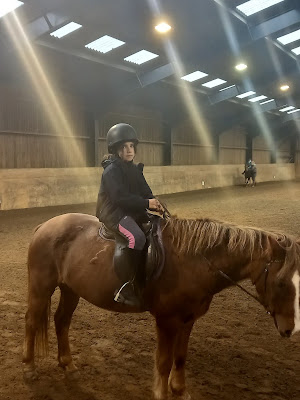 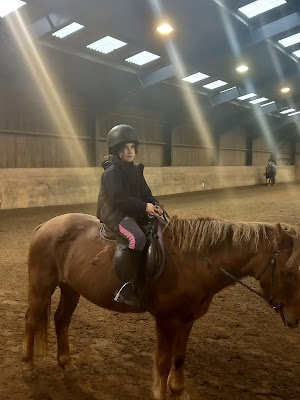