A new purchase on Wednesday after work needed trying out, so I jumped inside the new motor and told the sat nav to take me to Cleveland Angling Centre. I didn't quite have to shut my eyes and be driven there automatically, but it was close. More gadgetry than the inspector with the same name! 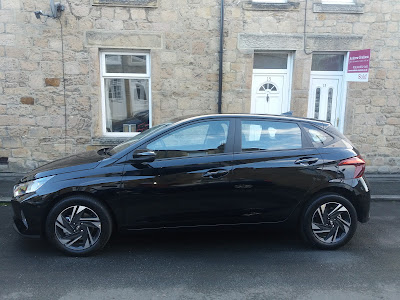 Arriving before it opened, I needed maggots. I left with maggots, worms and tackle bits (baiting needles, Tom! hahaha). I wonder if anyone has ever managed to enter and leave a tackle shop with just a pint of the wrigglies?? I think it's next to impossible. 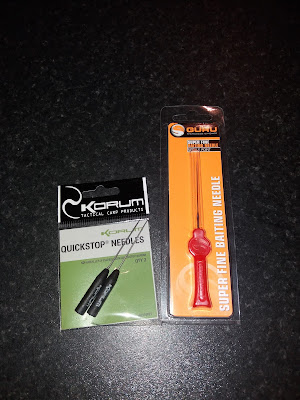 I headed towards the Tees - a club stretch I fish quite infrequently, but had seen some good fish caught recently. The weather looked decidedly naff, so I brought the one float rod, trotting gear, keep net and the umbrella.
I went to the first swim. It was fairly open and the cold wind was howling through. I set up and had a few casts. Nothing doing and it didn't feel right, so I picked up all the gear and headed down stream. About 100 metres further down there was a gap in the vegetation. It was a steep slope down but I could get to the water. A little slip at the bottom and it was a good job I had the waders on!! Say no more.
This swim looked better, it was more sheltered too, I could take my neck scarf off and I was still warm. I set about putting the bait table up and started to feed a few maggots. 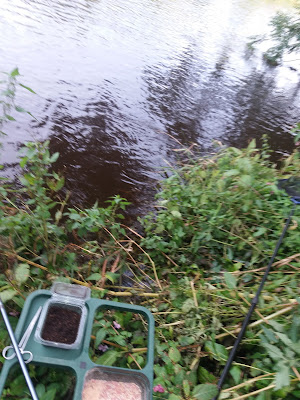 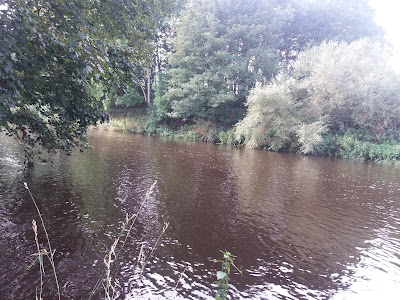 I was feeding a little upstream and I had a good run down to an over hanging tree. The current never went bank side of the tree but several times my float went under the tree and it looked perfect. 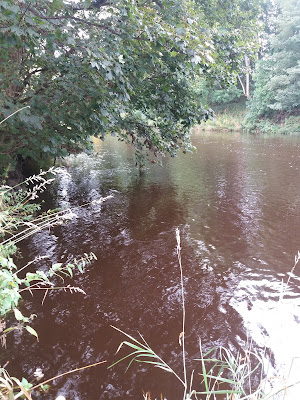 After a few casts, I checked the maggots. They had not been sucked. I was expecting bites straight away- I am pretty impatient! A few more trots down and the float buried. I lost that fish. Then again. I had lost two good bites. Was this going to be my luck?
A few more trots and the float went down. This time I landed the fish. Another Gudgeon. Since someone asked about Tees Gudgeon, we have caught them every (twice) trip!! 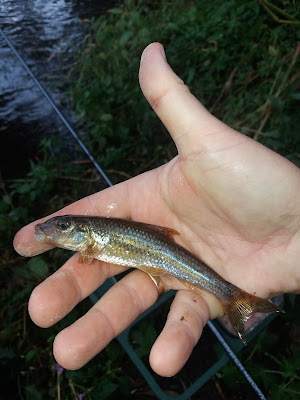 Several more trots down and soon it was a bite a chuck. I was happy. A section of river that looked like any other and I had fed a line and got the fish feeding. I love this style of fishing at times. The Gudgeon was followed by some good Dace and Chublets. They went in the keepnet, I fancied seeing what I could catch as I was planning on staying in the same spot. A different type of fish and a Grayling next. This didn't go in the net, they are delicate and often need some nursing before release. I caught two today and they both went straight back into the river, none the worse for wear with their strong wriggling bodies. 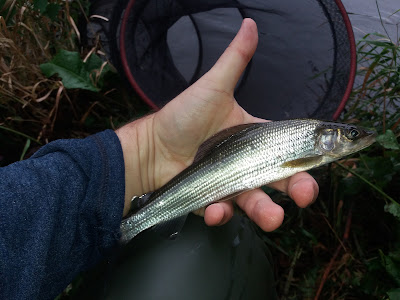 I was soon catching Dace and Chublets of a better size and was able to tell them apart. I wanted to do a photo comparison but it was raining so hard when I released them, that I didn't. I will do it another session. The Dace really were lovely fish. I caught another Gudgeon and two Roach before the rain came. Brolly up, I was sheltered and still fishing! 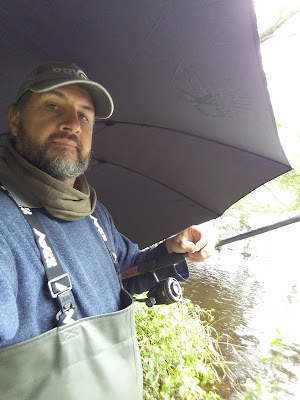 I fished through the rain and the fish kept coming. I tried a worm several times but nothing. There were no Perch in the final net either. Strange not to get some stripeys, maybe they on holiday now?!
As the weather was supposed to get worse in the afternoon, I only got a pint of maggots. I was soon at the bottom of the bait box and as the wind blowing upstream was so strong that the float was struggling in the flow, I decided to pack up.
A great net of fish in a few hours, I didnt weigh it but about 4lb ish (maybe a bit more) I think. 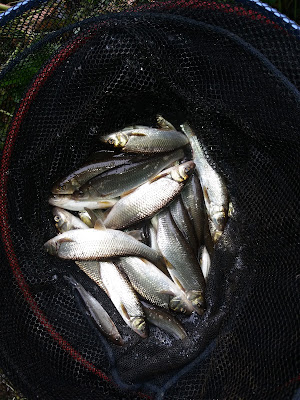 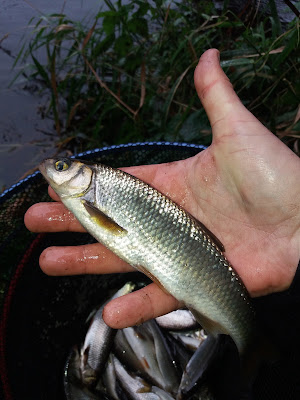 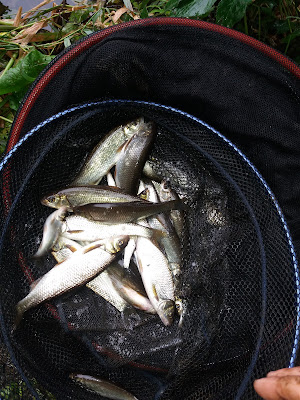 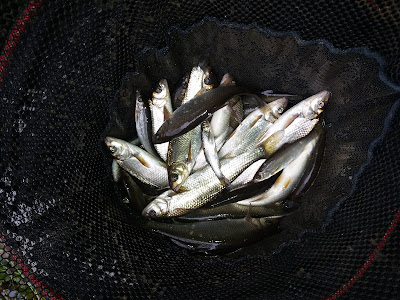 I slipped up the bank and back to the car. Wet gear thrown in the boot (it may be new, but it's to be used) and I was off home.
The fish today were mostly a good size. Of course there were a few finger sized ones but most were proper fish. Just as well really as a net full of fingerlings probably would have been empty by the end! 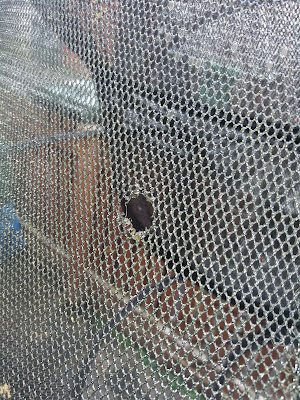 Where did I encounter the shark? Not a Great white, not a Basking but my car! Martha, when she saw it, said it looked like it could swim under water with its little shark fin! 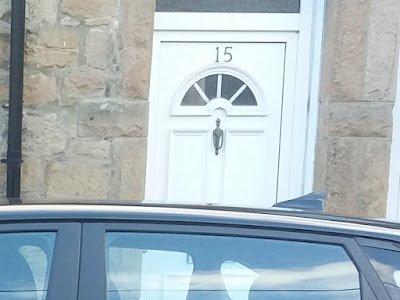