Date fished 15/01/2022
8am until 1.30pm
The kids were covid isolating last weekend so I had planned to go fishing. Mother nature had other ideas and on reviewing the night before, the Swale and Tees were in flood and fishing would be tough if not impossible. This on top of some miserable weather helped me to conclude it was not worth going.
A much better ( river wise)  prospect this weekend, and with the kids out on a mummy day trip to Masham, I felt a quick fishing trip was in order. A rescheduled match on the Swale meant the Tees was chosen.
I knew it was going to be cold, but not quite this cold. I set off in the fog and headed for a club stretch. The river looked perfect, that what I could see. 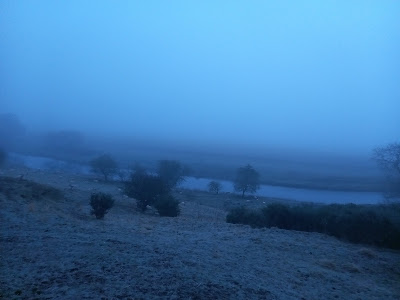 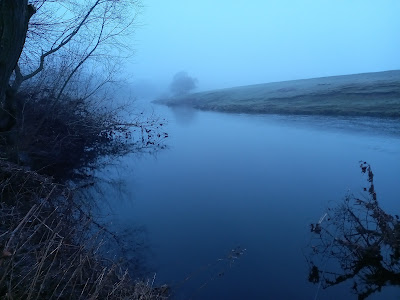 The wind was bitter and it had already frozen my fingers. I struggled with opening the clips on my box as chill blaines started in earnest. Out of the wind it was cold but OK, but in the wind was like a blast chiller.
I had a 12ft Korum quiver tip rod, D.A.M reel loaded with 6lb line, 4lb hook link to a size 10 Guru hook. I baited up and cast in, breadcrumb in the feeder and cheesepaste on the hook. After a few minutes, I decided to move on, keeping moving was going to be the key today, not just for fish but for survival!
The second swim had a short point going out into the river. I positioned the rod here and cast just off a downstream bush. I now decided to check the cricket score. Of course missing the wrap around bite that happened at that exact moment!
At least the swim was picturesque. 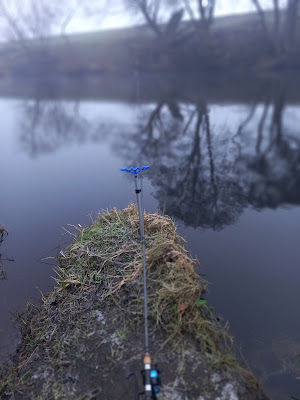 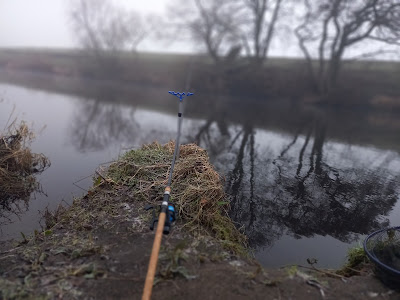 I cast back in and sat on the rod. A few taps, there were fish there. A slight pull, I struck and it was fish on. A spirited fight before slipping easily into the net. A modest Chub of a couple of pounds. It certainly warmed me up! 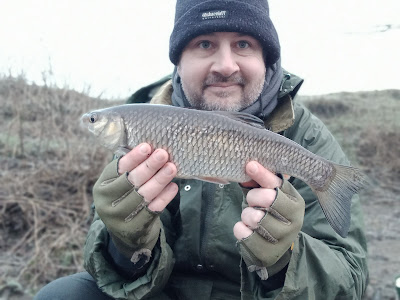 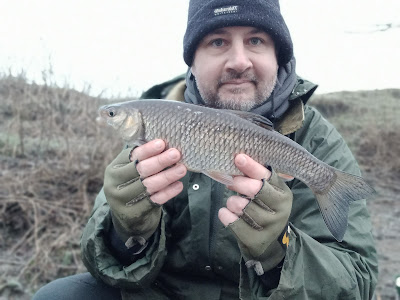 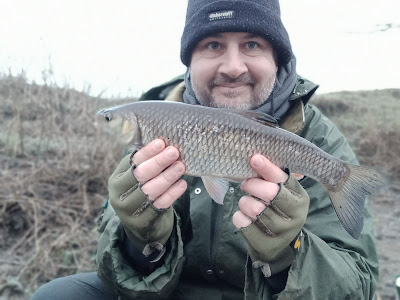 I hoped for another fish from this swim but nothing came. I carried on upstream. There were plenty of spots to try if I had the 7ft rod!! Always the way, carry everything or be without something you need! 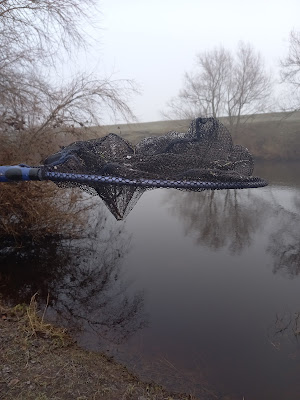 I needn't of worried as there were a good few swims at this time of year. I missed another bite and was soon hearing splashing on the far bank. I looked to see what was happening, it was an otter. Its was inches from the bank and steadily swimming upstream, I watched it for a good few minutes and soon it was out of sight. I walked up to where the river shallows, it is fast here and flows over gravel. It was not for me today, so I turned and headed all the way back to the swim I caught in.
The rod behaved as I sat back and ate my lunch. I finished my apple and looked up to see the rod hoop over, I grabbed it but missed that too. I was one fish from four bites, but still smiling! 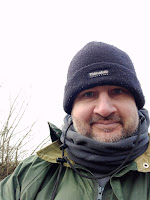 I fished one more swim on the way back to the car, the highlight being a couple of low flying swans coming home. 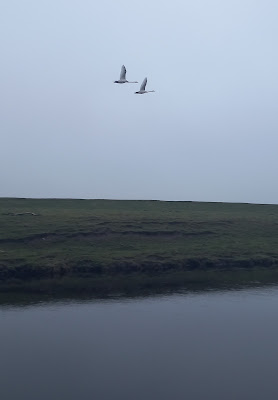 As I contemplated when to head home an angler came over the hill. We had a quick chat and he headed off. It made me think, I was the early shift and he was the late shift. I chuckled to myself as a second angler appeared over the hill. Definitely a shift change, so I had better be off!
Posted by Adam C at 16:12:00