With January quickly disappearing, I wanted to get out and have a go. I have been down in Dorset for the last week, getting thrashed by the parents at Crib and Rummy. I was expecting some pirate quenching liquid during the second one, but was alcohol free beer with Davey instead! 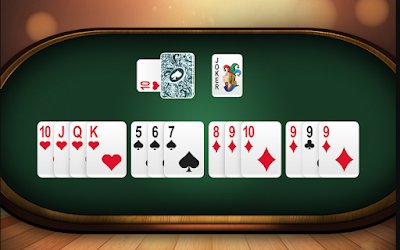 I have been watching YouTube and found a new ledger rig from another angler. Its very simple but I think a game changer. Two float stops above the hooklink bead/stop attachment. It means you can adjust the distance of the feeder!! I know! Simple, but I have never thought before and always thought my hooklink was too short etc but could not adjust as the running ring would run down to the stop.

I also found out about mashed bread on the internet. I use breadcrumb in the feeder alot but never mashed. So I spent the evening drying and then wetting bread. Who knew?!

Armed with my new ledger set up and mashed bread as groundbait, I decided to go to the Swale. A chub would be good, I took maggots and the float rod so I could try for grayling also. Oh, and because its January, I took cheesepaste too.

I planned to start with the float rod, feed maggots and a few balls of mashed bread. I would catch some grayling whilst the chub moved in, then would try for them. It was a perfect plan.

First cast and the float vanished, I struck and soon a grayling was in the net. This was easy I thought!

I catapulted maggots at intervals and trotted like a pro. I ended on 10 grayling for the session. Most were really good sized fish and made a good account of themselves in the current.

Less productive on this front. None came to trotted maggots. None fancied the bread flake trundling under the float after balls of mashed bread was introduced. None came to ledgered bread flake or cheesepaste on the crease I had been feeding. I even moved swims after lunch (11am) and tried by the banker tree swim and against over hanging bushes. No chub at all today.

"What else did you catch"? I hear you shout.

Well, I also caught three 2lb plus brown trout. There is quite a few in this section and they go much bigger. They are out of season so all were looked at and unhooked in the water. It got me thinking about "out of season" though. Yes, I was fishing with maggot in a steady glide, just where the grayling like. Here I hooked two trout, landed one and lost one. The second was bigger.

After a few spots of rain the wind picked up. Float fishingvwas difficult so I moved  over to ledgering bread. The rod pulled round, I struck hoping for chub, a brownie came to the net.

I changed to cheeepaste and the  same thing happened. If anything, it was only trout that were consistent, being caught on all three baits!

Someone must do what my sister did for me at Christmas. Buy the trout a calendar!!