Waste Not, Want Not

PC, an old school friend was visiting today to come and watch the Lions Rugby match with a few beers and a curry. He was due about 4pm, so I had plenty of time to fish if I went early. With sunrise at 5.15am, I thought getting to the bank by 5am would be perfect. 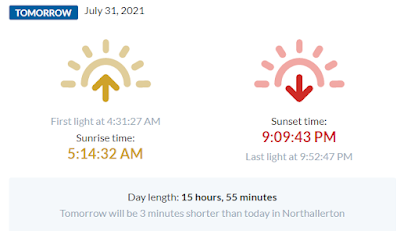 A drive down to Morton via a 30 min detour around the A167, that slowly got me awake and I was ready. I had planned to fish with pellets on the float as I still want some more Chub success on the float. However, I thought of a quick cast near to where I parked with the ledger rod to see if I could tempt an early blank saver. The 5.5ft, 1.5tc river ambush rod was set up in the car, so before I walked to my float swim, I had a quick try. I must have been too early for the fish as there was no interest here. 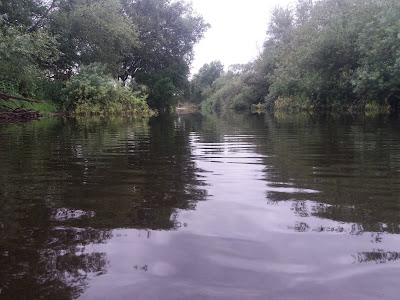 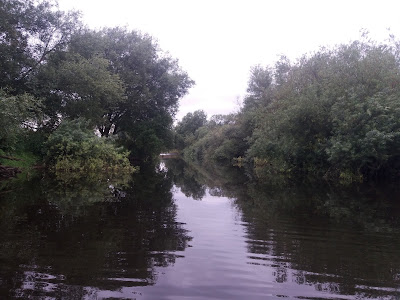 I walked through the drizzle to my chosen swim. I kept catapulting a few pellets every few minutes as I set up. I was all set up and carried on with the feed before my first cast. As I stood up, I saw a good sized Chub swimming down by my left, I was in the right place. The casting and feeding rhythm was soon in place and my float buried. A lively, jumpy fight on the float rod. This was not a Chub. 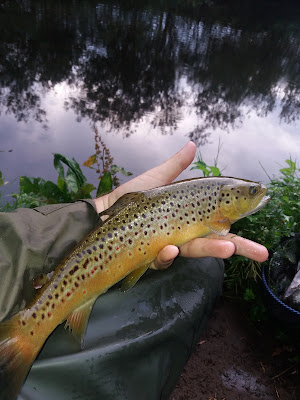 The set up was simple. A pellet waggler with a few shot around the float. The 6 or 8mm pellet was banded to the hook. Simples. 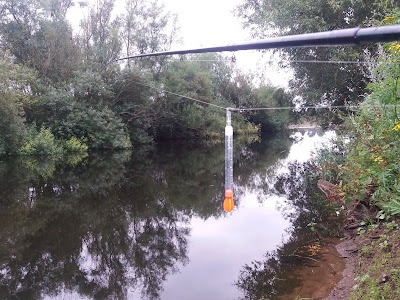 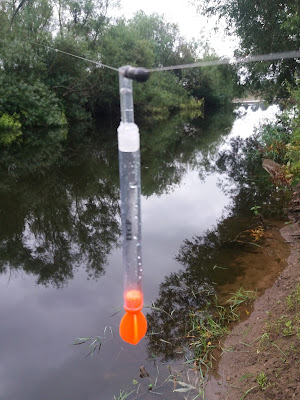 I fished for an hour and nothing else was happening. I was not confident of my skills, so decided to have a wander has I had the short rod with me still and set up for ledgering a larger pellet.

I walked to some some usual spots. The channel where the river used to run was completely still as the river has changed its course. I saw a few Chub in here and lowered in a pellet. A few small fish grabbed my pellet as the larger Chub slowly swam away. I kept moving. I came to a swim I might of tried but there was a keepnet in it! In the water. I thought someone had left it, but then I thought someone could be fishing downstream. I checked the net, it had fish in. Before I released them, I thought I best check for anglers. I left my gear and walked downstream. I found the owner in the next peg. He had caught a few and was keeping them away from where he was fishing.

We chatted and I watched him feed and fish in alot better rhythm than I did. I must practice more. I bid him goodbye and walked on. I tried several more swims and soon I met another angler. I chatted with him and saw him catch a lovely Chub. It was good to meet fellow anglers, you know me?! I love a social.

I tried a few more swims with no joy and was soon back to my first swim. I was going to try and float fish again. As I got ready, I noticed loads of casters on the floor from a previous angler. Thinking waste not, want not I picked two up, put them on my hook and chucked and handful of soil with a few casters into the swim. The float buried on my second cast. The next 40 minutes were frantic as six eight inch Chublets could not resist the casters! 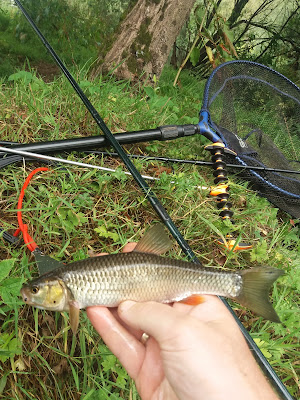 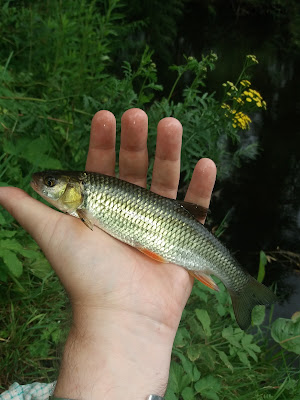 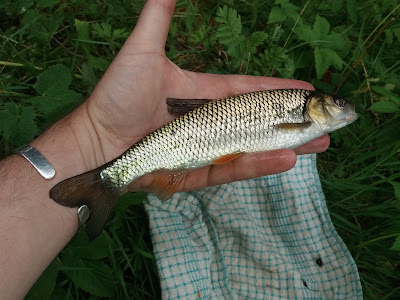 If I had three more pints of casters  I may of caught a bigger fish. I was happy though. It was great to see the float in action and I was more confident in my method.

I decided it was time to go home and get ready for the rugby. I walked back and was planning to go back in the very first swim and see if a Chub had woken up yet. I was side tracked though by an area I had never fished before. I cast my pellet in on my short rod and waited. A few minutes passed and the usual knock and pull. I was into a much better fish. The rod handling it well in the flow and it was soon in the net. A pristine Chub of 4lb 13oz. This was definitely something to finish on. The lions await! 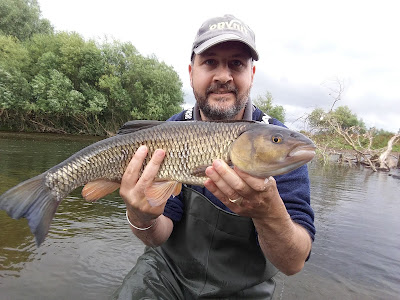 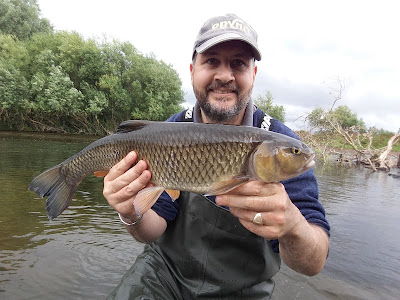 As I drove home, I remembered the plastic baits I have. I have casters, maggots, the lot. I may just take them in future, I can't rely on bait from the floor every trip!