Fuzzy duck. Does he? Ducky fuzz

I decided to fish a different area to where I normally fish. It's a club water I have fished before, but looking through my blogs, it doesn't feature often. That is either because it was pre blog time or I blanked. Back in the old days when I was more vain, I used to only blog when I caught. I regret that now, as the blogs are a record of all my fishing trips and not just the "good times". Arguably some great sessions have still resulted in blanks! 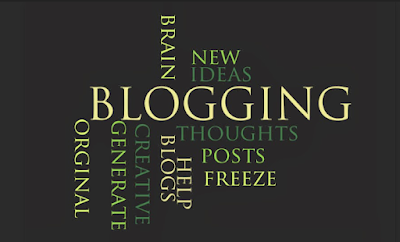 I was planning on going yesterday, but an impromptu birthday celebration of Mexican food and Jurrasic World meant I needed to delay until today.

I arrived early and made my way to the river, I had been given some advice on where to fish and took that advice willingly. I set up the float rod and the feeder rod. I planned to alternate between the two whilst feeding loose maggots and using breadcrumb/ groundbait mix in the feeder. I had bread, worms and maggots as hook baits.

I got settled in a nice swim, bait waiter, chair and rods all ready to go. Am not really a tackle tart, but do enjoy on the odd occasion it looks smart!

I started with the feeder. I cast to the spot where I had chucked two balls of my groundbait mix whilst setting up. It wasn't long before the rod was giving a knock, a perch the first fish. Next a chublet, into the keepnet they went. Several more perch soon came and it was a fish a chuck. I missed quite a few as some were on the bait before I even put the rod on the rests! There were some ducks in my swim, they dived down for the bait a few times but mostly they were not in the way.

I soon had a few perch in the net, including some bigger fish. I almost wanted to catch something else. I changed to the float and trotted down the swim. Second trot through, the float buried. The perch were everywhere! Fourth trot down another fish, a roach this time.

A few spots of rain hit the river, I put on my coat and sat it out. I was quite wet, but it was so warm as soon as it stopped I started to dry off.

I enjoyed watching the float, but had not noticed the ducks return. They enjoyed watching the float too! Two of the younger ducks started to peck at my float. Then the inevitable happened, I caught a duck! The line just above the float was wrapped onto the duck, the mother was going ape, the caught duck also not that impressed. I started to pull the duck towards me, so I could untangle it. The line then snapped and my favourite bolo drifted away. I got the net and went to the next swim, I manged to get the float. It was complete with trace, hook, weights, bait and the loop of the trace intact. I was glad no line was caught on the quacking fella as it sped away with the rest of the family!

I tied the trace back on and continued to fish. I know!! Who would of guessed? I have a favourite bolo float!?!?

The commotion didn't do great for the swim, it was a while before I caught again. More showers followed and the keep net that I had taken out to dry off on the bank was now getting wetter than in the water.

The rain carried on, so I decided it was time to pack up. It was just a shower, but I had caught a few and was happy. It had stopped raining by the time I walked to the car, but some torrential rain as I was driving back probably meant I had made the right decision.

15 perch, a roach and a chublet. Not gonna worry the weighman today, but certainly gave the duck a thought of hoisin sauce!